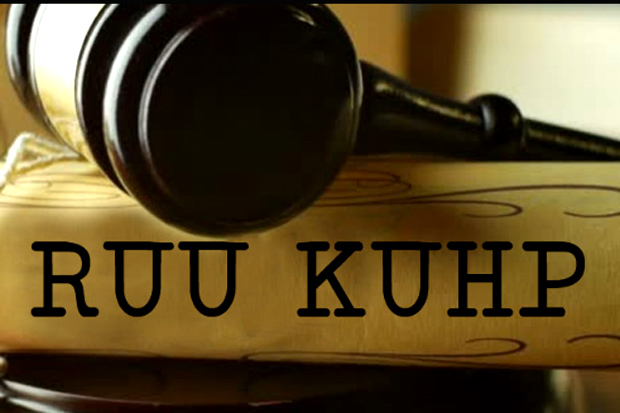 The government has officially submitted a draft law on the Criminal Code (RKUHP) to Commission III of the DPR on July 6, 2022. This step needs to be appreciated by all parties, as a form of the Government’s commitment to free Indonesia from colonial nuances.

The Criminal Code Bill will again be discussed by Commission III of the DPR together with the government, specifically on 14 crucial issues because this bill is the DPR’s Carryover Bill for the 2014-2019 period. This means that with this method, the bill will not be discussed in its entirety from the beginning, but will immediately take over the problems that are blocking the 14 crucial issues that will be discussed in meetings that will later be held by the DPR with the government.

It is very likely that the amendment to the Draft Criminal Code Bill will be the last to be submitted to the DPR. Because, in the discussion, hearings (RDP) and Public Hearings (RDPU) will be held again for the community, this aims to receive inputs and opinions. Especially if the input is in accordance with the aspirations and basic ideas of the existing RKUHP.

The discussion of the RKUHP will be resumed after the DPR recess in August 2022. In this discussion, it is possible that there will be room to hear opinions and views from elements of society.

Indonesian President Joko Widodo (Jokowi) encouraged his staff to ensure that the public understands a number of issues that are still being discussed in the RKUHP. Jokowi also asked his staff to open a discussion to absorb opinions and suggestions from the public related to the RKUHP.

This was conveyed by Mahfud MD as the Coordinating Minister for Political, Legal and Security Affairs (Menko Polhukam) after completing an internal meeting discussing the RKUHP led by President Jokowi at the Merdeka Palace.

Mahfud said. President Jokowi has ordered and asked his staff to ensure that the public understands the issues that are still being debated, so that his party is asked to discuss again massively with the community to provide understanding and instead ask for opinions and suggestions from the community.

After all, the law is a reflection of the awareness of social life, so that the law to be enacted must also get understanding and approval from the community, that is the essence of democracy in the context of law enforcement.

Mahfud said that currently the discussion of the RKUHP is almost final and is in the final stages of discussion. According to him, the RKUHP includes more than 700 articles, of which there are 14 issues that still need to be clarified and discussed.

Mahfud explained that on the 14 issues that are currently being discussed, more open and more proactive discussions will be carried out through two channels. First, it will continue to be discussed in the DPR to resolve these 14 problems, then the second route will continue to carry out socialization and discussions to community nodes related to the issues that are still being discussed.

For this reason, in accordance with the direction of the President who pays great attention to this issue, the government will schedule discussions to absorb suggestions from the public. Later the discussion will be held and facilitated by the Ministry of Communication and Information (Kominfo), while the material will be prepared by the Ministry of Law and Human Rights (Kemenkumham).

Meanwhile, some people think that the RUKUHP is aimed at reviving colonialization, but in fact there is no special study that is really specific in unraveling what is called the heritage of westernized cultural values, especially in Indonesian law.

On the other hand, what are referred to as westernized cultural values ​​themselves are also not clear, there are no clear indicators of what is called westernization and why things that smell western are considered worse and despicable by which smells of Indonesianness.

If there is an assumption that westernized values ​​are bad, or should not be applied in Indonesia, of course there should also be a rejection of all westernized heritage which is carried out in a total and comprehensive manner as well. Including by rejecting the concept of modern constitutional politics, dress culture, food culture, merchandise and so on which are considered as Western Culture . All of this, consciously or not, has become a living value in Indonesian society and continues to grow.

However, there is an assumption that people’s cultural values ​​are static, as if they can be crystallized and standardized when incorporated into national legal instruments.

In a number of anthropological theories, this is also referred to as the anti-essentialist nature inherent in the culture of a community. This happens naturally as time changes, globalization and the space between nations and countries.

So the assumption that the RUKHP is an attempt to create colonialism is not correct, because after all times have changed, on the other hand the government also provides a public hearing room, which is a hallmark of a democratic country.