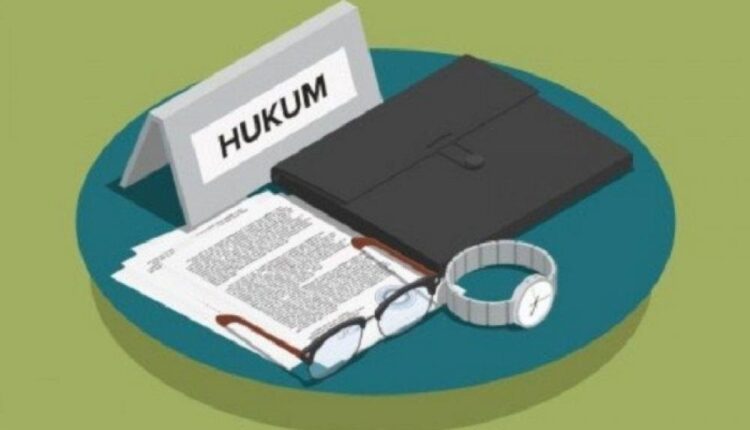 RKUHP for Democracy and Justice

The Draft Criminal Code (RKUHP) was made to uphold democracy in Indonesia. In addition, this bill also makes justice can be applied equally to all people.

When the Criminal Code (KUHP) is revised and the articles in the RKUHP are known to the public, it will become one of the hot topics to be discussed. They were surprised because there were many additional articles and changes in the Criminal Code. However, the public finally understood after socialization of the RKUHP was carried out by the government, that this bill was made to uphold democracy and justice in Indonesia.

The government practiced democracy even before the RKUHP was inaugurated by the Indonesian House of Representatives. When the draft law has not been ratified, the public can provide suggestions and criticism. This is in accordance with the principle of democracy, where people are allowed to make laws that regulate their own lives.

Since the reform era, democracy has continued to be enforced by the government from one president to another. Understandably, in the New Order era, society was silenced and democracy was not practiced. President Jokowi is trying to maintain the spirit of reform and uphold democracy, with the RKUHP. Where people’s voices will be heard and input related to the RKUHP is allowed.
Then, the people can also watch the live broadcast of the DPR RI session regarding the discussion of the RKUHP, especially on the 14 articles that are considered controversial by many people. In this way, they will understand why these articles exist and no longer consider them controversial.

The articles that were initially questioned by the people were articles regarding insults to the President. There is no such thing as suppressing democracy because the government continues to uphold democracy. It is necessary to distinguish between insulting and criticizing. What is allowed is constructive criticism and upholds democracy. Meanwhile, what is prohibited is insulting the president, tantamount to insulting the state.

The socialization of the RKUHP is also ongoing and President Jokowi has ordered Ministries and Institutions to participate in socializing this Bill. If the community is given socialization and given the opportunity to make suggestions, then it is proof that the government is upholding democracy. The reason is because they pay attention and listen to the voice of the people.

The RKUHP was also drafted to enforce justice in Indonesia. As is known, the current Criminal Code is a law which is an adaptation of Dutch law when it colonized Indonesia. The Criminal Code is more than 100 years old and is no longer effective in upholding justice. Therefore, the book needs to be revised so that people feel justice and are protected from all criminal acts.

Lecturer of the Faculty of Law, Christian University of Indonesia, Dr. Fernando Silalahi, stated that the RKUHP was good and in accordance with the times. Understanding the law itself has a different perspective in the eyes of each person. For this reason, it is necessary to harmonize through the RKUHP so that legal understanding can run harmoniously in society. The goal is to be unambiguous and not make people feel trapped by the law.

In a sense, the RKUHP becomes a law that is firm and enforces justice in Indonesia. There will be no ambiguous alias rubber articles. It is certain that justice will be upheld and the community will be protected by the RKUHP.

Justice will be served because the RKUHP regulates almost all aspects of society. The most important is the adultery article, when a person caught committing such a moral act will be sentenced to 1 year in prison. With this article, no one will dare to live together or commit other immoral acts.

Justice will be upheld because victims can report adulterers. In the past, perpetrators only received social punishment or were reported with articles on unpleasant acts, but now there are more articles that ensnare them. The articles in the RKUHP will deter him and enforce justice in this country.

When someone has been abused, they can also report it under the article on rape in the RKUHP. The culprit will be sentenced to 12 years in prison. This kind of justice is missed by society, especially women. Women will truly feel justice and are protected by the RKUHP.

Therefore, the public is asked to continue to support the ratification of the RKUHP and listen to the session of the DPR RI as well as possible. They are also required to come to the socialization of the RKUHP. This bill is designed to protect society from injustice and prevent many people from becoming victims of criminal crimes. Not the other way around and even misleading, because the government has created a team of legal experts to make the RKUHP as good as possible.

The RKUHP is designed to uphold democracy in Indonesia and uphold justice to the highest degree. This bill will allow the public to speak out and provide input and criticism, as long as it is not insults and insults. In addition, justice is served because there will be appropriate punishment for criminals in Indonesia.

Supporting the Acceleration of the Realization of Foreign Investment Commitments