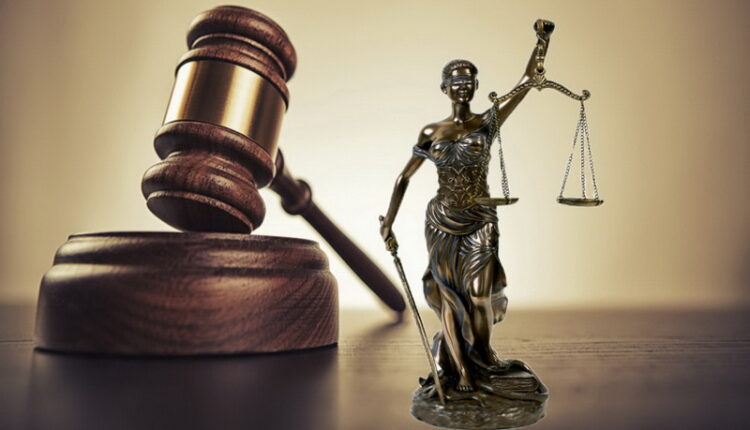 The RKUHP is a form of the Government’s commitment to realizing a national criminal law that is oriented towards Pancasila values. The various articles in the regulation are also well-intentioned and will protect many people from immoral acts and criminal crimes that are very detrimental.

However, on social media the hashtag (hash sign) #RKUHPNgawur echoes. How cruel it is to create this hashtag because it provokes the people to reject the RKUHP. Individuals made it intentionally because they did not like the articles that were considered controversial in the RKUHP, even though the purpose of the various articles had been explained.

The public needs to know further that in the preparation of the RKUHP there was no intention to punish innocent people. The making of new articles and revisions of old articles in the bill is not arbitrary, because it has been compiled for many years and indeed the number of articles is more than 600. In addition, the drafting of the RKUHP is carried out by legal experts so that it is impossible to be inconsequential.

The RKUHP drafting team includes Professor Muladi. He is a very senior and highly experienced legal expert, and is a graduate of the Institute of Human Rights in France. This former Minister of Justice has also been a Supreme Court Justice. So he has confirmed his capacity to become a master in law.

In addition, there are Dr. Suharyono who is a member of the RKUHP drafting team and Professor Jimly Assidiqie, both of whom are members of the expert council of Peradi (Indonesian Advocates Association). Jimly was very famous when he was the Chief Justice of the Constitutional Court (period 2003-2008) and was popular as a cold-handed legal expert.

Another member of the RKUHP drafting team is Dr Wicipto Setiadi, a lecturer at the Faculty of Law at Gadjah Mada University, Yogyakarta and has been the Director General of Legislation at the Ministry of Law and Human Rights. This row of professors and legal experts make the articles in the RKUHP as well as possible.

If everyone knew that the drafters of the RKUHP were legal experts with decades of experience, then they would understand that the rules were made professionally. In this case, the bill was made to make people’s lives more orderly. Also protects them from various criminal crimes.

It could be the party who alleges that the RKUHP is inconsequential because they do not understand the meaning of the articles that are considered controversial. Indeed, something new is always surprising, as are the articles in the latest bill. However, the change in the new direction is not always negative, because the government definitely wants the community to be positive.

Deputy Minister of Law and Human Rights Edward Omar Sharif explained the articles in the RKUHP that were considered controversial by the public. The first is about the abolition of the death penalty. This does not mean that serious criminals will survive punishment and then be released just like that. However, the death penalty will be replaced by a life sentence.

Even if a prisoner commits a criminal act such as premeditated murder, he can be sentenced to death, depending on the judge’s discretion. The death penalty is the last option and if possible there is an alternative to life imprisonment first. So that doesn’t mean they will be pro criminals, because they still have to account for their mistakes in prison.

The next article that makes the public feel turbulent and accuses the RKUHP of being irrelevant is the adultery article. There are those who are afraid to go to prison because they share a house or room with the opposite sex, and do not have a legal marriage bond in the eyes of state law. The behavior of living together is clearly immoral because it violates religious law as well as state law, so it is natural for the perpetrator to be punished.

There are men who argue that he rents an apartment or house with his girlfriend and does nothing. The reason is for the sake of saving rent and he does not commit immoral acts. But he forgot that Indonesia is not a liberal country and cannot accept this model of promiscuity.

The RKUHP is a bill that took years to draft. Legal experts are very careful so that this bill secures the community and does not ensnare the wrong people. The RKUHP is professionally and credible because the drafting team is experienced legal experts.