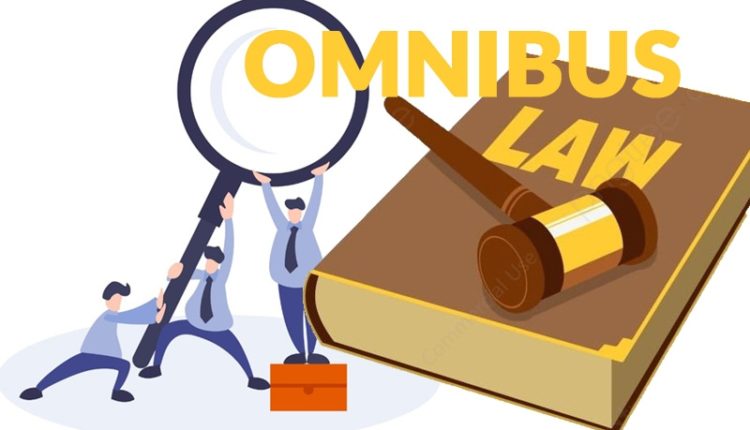 Opinion, suaradewata.com – The public awaits the Omnibus Law on the Job Creation Bill because it will increase the level of investment in Indonesia. This bill regulates the relaxation of investment regulations, so that investors compete to invest in Indonesia. The country’s financial condition will recover thanks to the large amount of incoming investment.

The Covid-19 pandemic has made the country’s economy sluggish. To overcome this, the government will immediately enact the Work Creation Bill into law. This bill is important because it facilitates investment regulations in Indonesia. If investment licensing is made easier, foreign investors will be attracted to enter Indonesia.

So far, there have been investors who want to invest. However, sometimes their intention to invest is collided with the rigors of the bureaucracy. Likewise with licensing issues, the waiting period can be up to years. Omnibus law is here to overcome this, so that investors will want to build cooperation with local entrepreneurs.

The Omnibus law on the Job Creation Bill is claimed to be able to reorganize investment regulations in Indonesia. In accordance with the name ‘omni’, aka various, many rules will be trimmed. With the aim that the articles do not overlap, so as to confuse investors who are going to invest in Indonesia.

Foreign investors are originally interested in going to Indonesia because our country has natural resource potential. It makes a good investment target. However, because there were investment regulations that were considered too meticulous, they canceled their good intention. With the omnibus law of the Job Creation Bill, this can be avoided.

Edyanus Herman, an economist from the University of Riau stated that the Job Creation Bill bypasses various tortuous investment regulations, and is in accordance with the spirit of reform. Especially reforms in the field of legislation and bureaucracy, because many people have long hoped for this. Because it can advance Indonesia.

However, continued Edyanus, do not associate the cutting of bureaucracy in the investment sector with political problems. Because the Job Creation Bill focuses on increasing the economic sector in Indonesia and increasing the amount of investment. The government wants this bill to change our situation and re-raise the country’s financial condition.

Since Indonesia’s independence until the reform era, bureaucratic problems are still a frightening specter. This has made many people lazy to take care of permits and choose to pay facilitation payments. Investors certainly do not like it, because they are deemed not in accordance with procedures and have to pay another fee outside the official budget.

If the Job Creation Bill has officially become a law, then there will be no more stories about facilitation payments. Business licensing is also faster, only 3 days and ready. Foreign investors will be happy because they can focus on the development of investment projects and business strategies, without having to mess around with long and tiring bureaucracy.

The Job Creation Bill not only relaxes investment regulations, but also obliges foreign entrepreneurs to transfer knowledge. So local entrepreneurs who are invited to work together do not just benefit in the form of money. But also got a new method for managing a business, becoming an international scale.

The government has drafted a Job Creation Bill to make it profitable for both local entrepreneurs and foreign investors. Employees also benefit because they get jobs again after previously being unemployed. Because there are many new projects in Indonesia, which are the result of a joint venture alias investment cooperation.

The Job Creation Bill is claimed to be able to enrich the investment climate in Indonesia, because it will cut various regulations that collide with investment. Many foreign investors will enter Indonesia and increase foreign exchange. The unemployed are also happy because they will be able to apply for work on their investment projects.

Covid-19 is still vicious, people must be aware

KAMI Want to Find Support for the 2024 Presidential Election