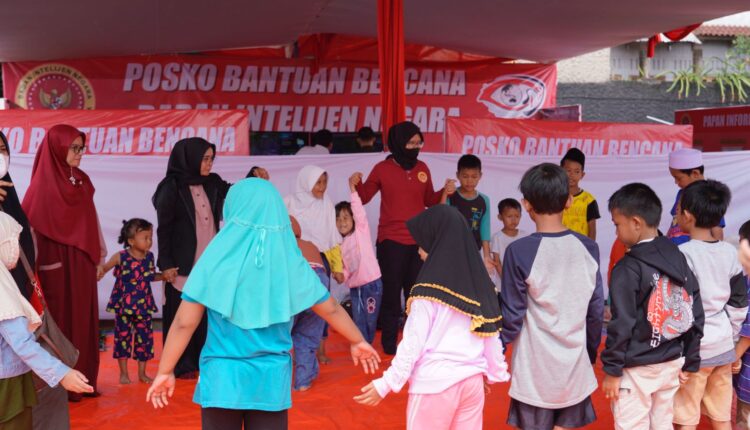 Security forces such as the TNI, Polri and the State Intelligence Agency (BIN) immediately moved swiftly to uncover the bomb network in Bandung. Shortly after the explosion at the Astana Anyar Polsek, the National Police immediately mobilized personnel to conduct an investigation. The public is also advised to remain calm.

When they were holding the morning call, suddenly a man entered the police station brandishing a sharp weapon and tried to break through the line of the morning call. The members also tried to avoid this man and suddenly there was an explosion.

The latest news is that currently the perpetrator has died in the lobby, then Aswin Sipayung explained that 3 of his members were injured as a result of the incident. They must undergo direct treatment at the Bhayangkara Sartika Asih Hospital in Bandung (Polri Hospital in Bandung). With the incident of the suicide bombing that exploded at the Astana Anyar Polsek, Bandung, the National Police Headquarters through the National Police Public Relations Division Karo Penmas, Brigadier General Ahmad Ramadhan also confirmed and confirmed the truth of the incident. Then the current suspicion developed that the suicide bomber was a guest who came to the Police Headquarters.

For now, at least within a radius of about 200 meters from the scene of the incident, a police line has been installed and the highway that crosses the place has also been closed. The explosion incident at the Astana Anyar Police Station was captured on video and has been widely circulated in cyberspace. Even the local residents looked panicked for a moment after hearing a loud explosion.

Not only did the video go viral and spread widely on social media, but there were also several photos showing how the location was after the explosion. The photo shows that there is damage in front of the Astana Anyar Police Office. For further victims, the Head of Public Relations of the West Java Regional Police, Ibrahim Tompo, said that his party was still checking.

With the explosion that was suspected of being a suicide bombing at the Astana Anyar Bandung Police, of course it cannot be denied that the incident made local residents panic and a feeling of fear, anxiety or even trauma arose, which was the impact of the bomb terror.

Therefore, all security forces immediately moved very quickly to be able to carry out investigations to reveal the bomb network in Bandung. In this regard, Chairman of the Indonesian Mosques Council (DMI), Jusuf Kalla continues to encourage all police officers to uncover the network of suicide bombers as soon as possible.

Firmly, he strongly condemns the bombing and has high hopes that all security forces can immediately reveal the motive and also arrest the network of perpetrators. Furthermore, the man who is familiarly called JK reiterated that indeed all forms of terror acts that threaten society and tarnish the peace of life must absolutely not be tolerated and must be condemned. In fact, according to him, all acts of terror are absolutely not justified by any religion because their actions are very far from religious teachings and values.

The Indonesian National Police (Polri) is also continuing to try to reveal the reasons or motives for the alleged suicide bombing that occurred at the Astana Anyar Bandung Police. Indeed, the initial suspicion was that the perpetrator carried out the action himself, but that did not rule out the possibility that the perpetrator was also involved with a terrorist network in Indonesia.

The Head of the Public Relations Division of the National Police, Inspector General Pol Dedi Prasetyo stated that indeed terrorist groups also make the police the main target of their actions. This is because they seem to have a sense of revenge and want to take revenge because so far the police have continued to crack down on terrorist networks in Indonesia.

Not only that, Dedi Prasetyo also revealed that until now the police had moved quickly to immediately investigate all possibilities that might occur in this case. However, there are also allegations that there could indeed be remote control of the suicide bombers.

Shortly after the bombing at the Astana Anyar Police Station, Bandung, West Java, all of a sudden the entire security apparatus moved very quickly to be able to immediately uncover the entire incident, including investigating the network of bombs that were followed by the perpetrators. This really deserves to be appreciated because the quick steps taken by the security forces, especially the National Police, were able to bring a sense of security back to the community.