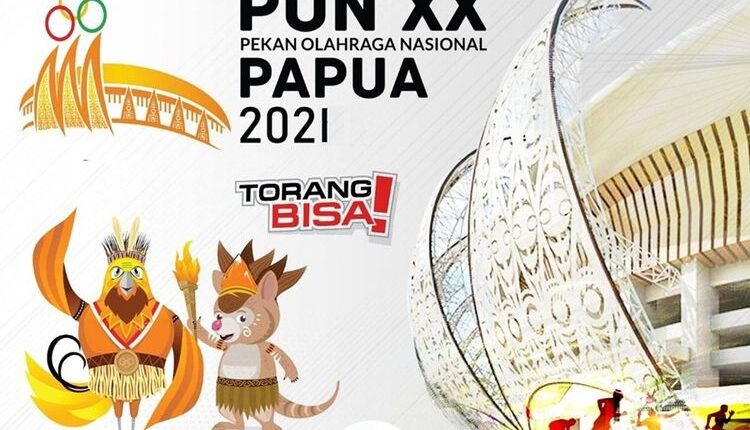 By: Timothy Gobay )*
PON XX is only a short time away and everything has been carefully prepared, from the cleanliness of the venue to security, both around the arena and other areas. The apparatus is ready to secure the PON and minimize the worst risks, because they want this event to run smoothly.
PON XX will be held in early October 2021. Prior to its opening, the authorities are increasingly securing all areas in Papua, because they want this event to be successful. This is the first time that a national-level competition has been held on Cendrawasih Earth, therefore security is being improved, so that there are no obstructions.
The security factor is very important because in Papua there are OPM and KST. They can be a threat because they do not like all government programs, including PON. Therefore, security in Papua has been tightened even more, especially after the bloody incident that killed 4 TNI soldiers in Kisor, Maybrat, due to the KST attack. Raids are being carried out more and more often so as not to be missed.
The Commander of Kodam VII Cendrawasih, Major General Ignatius Yogo Triyono, stated that the TNI-Polri, in this case Kodam VII/Cendrawasih and the Papuan Police, were ready to secure and make the PON successful. In a sense, they support PON as a national level sports competition and want this event to be successful. As a security guard in Indonesia, it is natural for the apparatus to show their best performance.
Security has been tightened so that not only athletes and officials from various provinces in Indonesia feel comfortable, but also local residents. Everyone must be kept safe so they don’t get terrorized, especially from KST. They must be anticipated, especially in vulnerable areas such as Puncak Regency, so that the apparatus is even more stringent in guarding.
At least 6,000 Polri and TNI personnel were also deployed in Papua, with the aim of securing XX PON. The Papuan Regional Police Chief, Inspector General Mathius D. Fakhiri, stated that later there would also be Nusantara Brigade personnel who would assist. They will secure 20,000 people consisting of 9,000 committee members, 6,000 athletes, and the rest are officials.
Inspector General Mathius added that 6,000 personnel will be divided into 4 areas that will form the XX PON cluster, namely Jayapura City, Jayapura Regency, Timika and Merauke. They not only secure around the venue but also in the accommodation for athletes from various contingents, so that it is really conducive. As the host, the Papuan government wants everything to be very safe.
Security is indeed being tightened so that there is no potential for chaos to occur, both before and when the XX PON is held. Do not let any KST members pass and then sneak into the venue when there is a match or at the stadium during the opening of the PON, so that the officers are more ‘fierce’ in guarding. This is not arrogance but a precaution so that the worst doesn’t happen.
To assist security, the apparatus is equipped with technology in the form of drones. The mini planes will be flown in 4 XX PON clusters and have a range of up to 3 KM. Drones are equipped with cameras, so it can be monitored which crowds occur and must be disbanded. In addition, the camera can identify anyone who is on the blacklist alias suspected of being a member of KST, so that it can be anticipated.
Ahead of the opening of PON XX in a few weeks, security is indeed more stringent, so that no parties interfere with the preparations. The apparatus is increasing their performance in guarding and they are ready to participate in the success of the PON event. The community is also happy because the officers are enthusiastic in securing the atmosphere in civilian settlements.

PPKM Relaxation Must Be With Strict Procedures