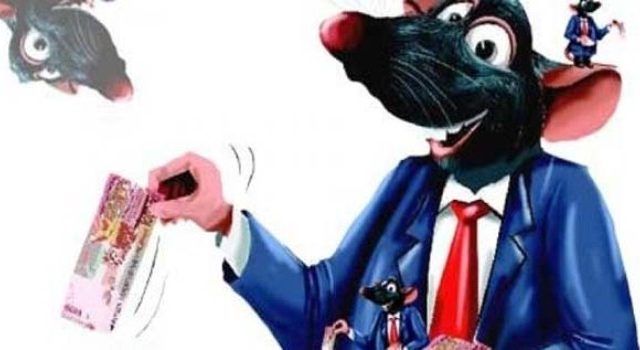 Funds for handling Covid-19 will certainly be for anyone affected by the pandemic. If there is a misappropriation of these aid funds, of course there is no other choice but to give the most severe punishment to the perpetrators.

Head of the Corruption Eradication Commission (KPK) Firli Bahuri said, the KPK was not reluctant in giving severe penalties to the corruptors of Covid-19 handling funds.

He also said, since the Corona Virus pandemic, the KPK has worked hard in preventing corrupt practices in the Covid-19 fund. It also cooperates with the Government Goods / Services Procurement Policy Agency (LKPP), the Financial and Development Supervisory Agency (BPKP), the National Disaster Management Agency (BNPB) and in the ministries / agencies sector. In addition, the KPK also monitors the implementation of government programs.

The former Polri Kabarhakam emphasized the KPK’s firm stance that would apply very harshly to the perpetrators of corruption who took advantage of the moment handling COVID-19 was not merely a warning.

Firli said, it did so because public safety is the highest law. So for those who commit corruption in an atmosphere of disaster there is no other choice, it will enforce the law that is the criminal sentence.

The effort was the KPK’s response to what was stated by Indonesian President Joko Widodo, who had invited law enforcement officials, namely the Indonesian National Police, the Attorney General’s Office and the Corruption Eradication Commission, to bite officials and executors who had corrupt intentions in using Rp 677.2 trillion of funds intended for prevention of the Covid-19 epidemic.

Firli also said that enforcement with firm and effective law enforcement caused awareness to obey the law not only to create fear of severe sanctions.

On different occasions, the Tanggamus Regency Inspectorate has given a stern warning to the apparatus not to misuse the Covid-19 preventive budget that is budgeted in the village fund, because the perpetrators of fraud can be threatened with life imprisonment or capital punishment.

Whereas Article 2 paragraph 1 states: “Every person who violates the law, commits acts of enriching oneself or another person or a corporation that can harm the state finances or the economy, is sentenced to life imprisonment or imprisonment for a minimum of 4 years and at most 20 years old and fines of at least 4 years. With a fine of at least 200 million.

The budget monitored by the KPK is Rp 405.1 trillion, which is regulated in Peppu No. 1 of 2020. Firli said, the KPK would focus on health programs and social safety nets.

In addition, the KPK also monitors the budget that has been realized by the regional government. The total Revised State Budget for handling Covid-19 is IDR 56.57 trillion.

We all understand that corruption is a crime that is very detrimental to society, especially when the Covid-19 outbreak hit and everyone was economically affected.

Rampant corruption is caused by mental and cultural factors of corruptors who feel itchy when they get the mandate. Those who misuse the social assistance fund have been blinded and have the heart to commit corruption which is clearly detrimental to the community. Moreover, what was corrupted was funds for disaster relief.

Corruption of disaster relief funds apparently did not only happen at this time, apparently first when the tsunami struck Nias in 2011. Then in the case of the drinking water supply project in Donggala and Palu during the earthquake and ground-moving disaster in 2018. The case apparently only ensnared corruptors with the prison sentence is relatively light in his case, which is a maximum of 5 years in prison.

Whereas the narcotics offenders have applied the death penalty for the perpetrators, but the corruptors are only imprisoned like caterpillars entering a cocoon which can later be free again.

Corruptors of social assistance funds certainly deserve severe penalties, because these actions have made it difficult for the community to improve welfare in difficult times.

)* The author is a contributor of The Jakarta Institute

Beware of Radicalism among CPNS