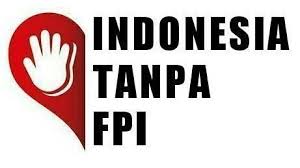 The acts of terrorism that occurred in the near future made Special Detachment 8 investigate terrorist groups more intensively. During the investigation, a common thread was found between the former radical mass organizations and terrorist groups. If it is true that they are affiliated, then the former members can be interrogated whether they are really involved with an international terrorist network.

Some time ago, there was a bombing at a house of worship in Makassar. The shock of the community has not yet disappeared. There was another shocking incident in Jakarta, when a young woman shot at the National Police Headquarters. From these two incidents, it was revealed that the perpetrators were members of terrorists who had been betrayed by ISIS.

The terrorist group is so good at hiding its identity. They hid in the community and only appeared when there was an attack in a public place. The investigation and arrest of members of terrorist groups is the focus of Special Detachment 88, to prevent them from carrying out further bombings or shooting.

Why are terrorist groups still in action in Indonesia? First, they have funders. How could they have the money to buy bomb materials if there were no sponsors? Therefore, if you want to prosecute terrorists, follow the money. In that sense, look for the person who gave the money, then all will be revealed.

When the FPI account was frozen, the fact was revealed that there were incoming transfers from foreign accounts. The sender is someone who often gives money to terrorist groups. From here there is a common thread between FPI as a banned mass organization and a terrorist group. It turned out that they supported each other and plotted against the government.

FPI is always heralding beautiful tales about a just and prosperous caliphate country, and influencing its members to create such a government. Whereas in a pluralist country like Indonesia, this concept is completely unacceptable. Because it is more suitable with Pancasila as the basis of the state and diversity in diversity.

While terrorist groups also aspire to make a khilafiyah state, therefore they consider the government and the apparatus as toghut that must be hostile to. Terrorist groups use a more extreme method. If FPI only campaigns through lectures, then terrorists carry out bombings and scare the public.

Another evidence of FPI’s involvement with terrorist groups is the discovery of FPI’s attributes in Condet, when a suspected terrorist was arrested by Densus 88. In addition, when FPI members in East Java were interrogated, he admitted to seeing Munarman at a terrorist initiation ceremony. Whereas Munarman was at that time the FPI central committee.

Therefore, the government’s decision to dissolve FPI is considered very appropriate. Apart from making people uneasy because they like sweeping carelessly, FPI also takes extreme measures and acts as they please. When FPI is proven to be affiliated with a terrorist group, the public will no longer be surprised, because both of them share a hobby of spreading terror.

Another investigation to find out whether FPI is in close contact with terrorist groups is via social media. There was once a short video where Rizieq Shihab, who was then the leader of the FPI, supported ISIS, an international terrorist network. If the leader confesses, his members will imitate him by becoming terrorists too.

Densus 88 is still investigating so that terrorist networks are completely eradicated and former radical mass organizations are also cleaned of extremism and terrorism. Do not let former FPI members spread the wrong teachings of terrorism and destroy the morale of the nation.

FPI has been disbanded, but its former members are still being investigated whether they are really connected to a terrorist group. Not paranoid, but precautions need to be taken. So that there will be no more bombings and shootings, as well as terror in Indonesia.

AstraZeneca Vaccine is Safe to Use