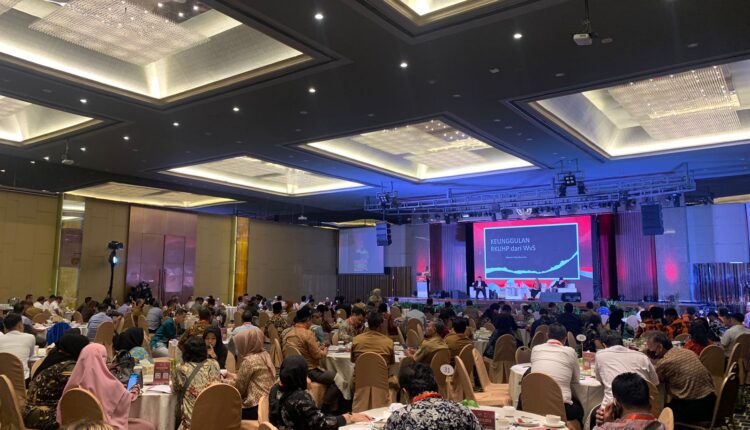 “There has been a transformation of criminal law, because so far we have used the Criminal Code from the colonial era. With the presence of Law no. 1/2023 on the Criminal Code is able to mark the history of Indonesian law on how we reform and renew national law,” said Prof. Yuliandri.

According to him, in Law no. 1/2023 there are 3 basic things why the Criminal Code was made, firstly because the basis of the National Criminal Code is Pancasila, secondly it is related to the adjustment of criminal law to national politics, thirdly there is a balance of regulations and being able to accommodate individual interests.

Prof. Benny said the Criminal Code that applies in Indonesia comes from the Netherlands and has the original name Wetboek van Strafrecht voor Nederlansch Indie (WvS).

“Wvs there is no official translation yet. The original is still in Dutch. There are various translations that have the potential for multiple interpretations,” explained the Diponegoro University legal expert.

According to him, the old Dutch-era Criminal Code has been around for more than 100 years, but until now there has been no official translation, so many translations appear that have the potential to cause multiple interpretations. In addition, it does not yet reflect the nation’s cultural values, let alone reflect the basic state philosophy of Pancasila.

Prof. Benny revealed, the urgency of replacing the old Criminal Code with the National Criminal Code was first, because there had been a shift in the paradigm of justice, which used to use the paradigm of retributive justice, to justice that was corrective for perpetrators, restorative for victims and rehabilitative for both victims and perpetrators. In addition, it is also a manifestation of reform of the legal system as a whole in accordance with national values and universal human rights.

According to Prof. Benny, on September 18 2019, actually the draft Criminal Code Bill was ready to be discussed and approved. However, President Jokowi realized that there was a need for a delay in the plenary decision due to several issues that needed to be resolved, namely 14 crucial issues.

“The government has accommodated all input from stakeholders, from related ministries and institutions to the participation of all Indonesian people, including academics. Not only that, but a public hearing has also been held which has been carried out in accordance with the directions of the Constitutional Court, namely meaningful participation, namely the right to be heard, the right to receive explanations and the right to be considered,” continued Prof. Benny.

Due to the large number of inputs from various perspectives from the community, the National Criminal Code tries to find a middle way, for example with the existence of the Cohabitation Article which has the status of a complaint delict.

Still at the socialization event, Prof. Dr. Harkristuti Harkrisnowo, SH., MA., Ph.D, said that the existence of Living Law in the National Criminal Code is a tribute to indigenous and tribal peoples. However, when the living law was implemented, there was a mistake by the community, so there was a deviation related to the principle of legality.

“Of course this is not true because all must have scientific evidence that these regulations are still being applied in society and regulated in regional regulations. It means that the state has strengthened the role of customary law in the life of the state. What is a concern is related to customary law sanctions which are often burdensome, so we limit fines according to certain categories,” said Prof. Harkristuti.

Regarding the Articles of Adultery and Cohabitation regulated in the National Criminal Code, according to him, so far there are still differences of opinion from the public who on the one hand state that it is a private right, but on the other hand there are people who actually demand that it only be a complaint offense.

“Meanwhile, crimes against religion and belief in the National Criminal Code are still needed in Indonesia because this country is not a secular country, but a religious country. So what is prohibited is incitement or hatred related to discrimination against the religion or beliefs of other people, “explained the Professor of Criminal Law at the University of Indonesia.

Furthermore, Prof. Harkristuti explained about the Article on Assaulting the Presence and Dignity of the President, government and state institutions in the National Criminal Code. According to him, humiliation is actually a disgraceful thing, because since childhood we have always been taught to respect each other. So that this article strongly adopts the noble values of the Indonesian nation. In addition, this has the status of a complaint offense.

“In fact, our values are very different from those in Western countries, so they cannot be compared at all. There is also a change in the death penalty article in the National Criminal Code, namely that there must be a probationary period of 10 years. If he shows changes and becomes good, then he can be considered again, but if he doesn’t change, then he can be executed, “concluded Prof. Harkristuti.

Meanwhile, dr. Yenti Ganarsih explained that currently Indonesia has a National Criminal Code whose way of life strongly adheres to the values of the Indonesian nation and does not directly follow what was implemented in the Dutch colonial era. Therefore there is a decolonization effort.

“But also in the National Criminal Code there have been several reforms and have also embraced universal values, which have always existed until now. But there are things that are not in accordance with the updated Indonesian values, said Dr. Yenti in Padang.

According to him, there are several advantages of the National Criminal Code because it is the formation of the nation’s children, all community stakeholders also play a role in it, with the aim of how the people of this country do not commit crimes.

“There is a principle of balance, that criminal law must have protection for the state and individuals, apart from that there is also protection for victims and perpetrators up to society in general,” explained the Chairman of the MAHUPIKI Central Executive Board.

Apart from that, there is also an open and limited recodification of criminal law in the National Criminal Code, which makes it possible if there is an update, you don’t have to make a new law, but just insert it.

The Birth of the National Criminal Code Becomes an Important Legacy, Academics: Create Reform of the Indonesian Criminal Law System