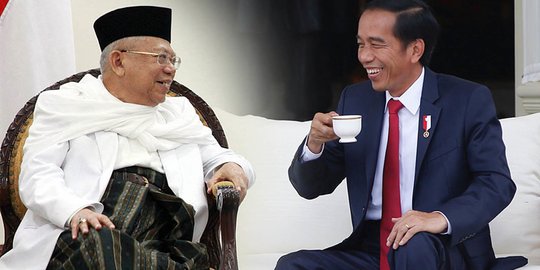 By: Alfisyah Dianasari) *
Approaching one year of his reign, Jokowi-Ma’ruf has achieved various positive results. The community also appreciates this achievement even though there are still many things to be pursued.
In the situation of the Covid-19 Pandemic, the Jokowi-Ma’ruf Amin Government was running well even though it was still receiving hoax attacks and disinformation. There are at least five government priority programs that have been running optimally and are continuously being improved in the conditions of the Covid-19 pandemic.
Programs that are already running include the Human Resource Development program, Continuing Infrastructure Development, Issuance of the Job Creation Law and the Law on Empowerment of MSMEs, Simplifying the Bureaucracy and Economic Transformation.
Chairman of Benteng Jokowi (Bejo) Jak TW. Tumewan, SE said that the five priority programs have been running in one year of Jokowi-Ma’ruf Amin’s administration. In the Human Resources (HR) development priority program, Jokowi has created dynamic hard workers. This young workforce will be printed with superior skilled human resources, mastering science and technology with a total of 7 million new workforce.
Currently, the former Mayor of Surakarta has designed and recorded 7 million new workers who are reliable and have talents who can compete at the global level. It is proven that there are 6.5 million new batches who have entered the pre-employment card data, which will receive stimulus assistance from the government.
In order to increase Superior HR, this was not done with the old pattern, but by developing a new pattern. As stated by Jokowi, Indonesia needs a large endorsement fund for HR management.
The government has also prepared optimization in industries to absorb labor. Where also uses technology to facilitate coverage throughout the country, from cities to villages.
Furthermore, the achievement of the second program that has been running is to continue the development of infrastructure that connects production areas with distribution areas. Of course this aims to facilitate access to tourist areas, as well as boost new employment opportunities.
In addition, the government has also succeeded with the Job Creation Law program to cut all forms of regulatory obstacles. Jokowi’s government together with the DPR RI have succeeded in making this law and it was passed on 8 October 2020.
The Job Creation Law aims to bypass regulations so that it can speed up complicated and lengthy licensing procedures.
Meanwhile, in terms of economic transformation, the government will shift from dependence on natural resources to become competitive in modern manufacturing and services that have high economic added value.
Of course this is to be more profitable economically, for the prosperity of the nation and for the sake of social justice for all Indonesian people. Among them is a program to strengthen natural resources that has been carried out, namely processing palm oil into new, renewable energy into fuel and aircraft aviation fuel. In addition, nickel is produced not only as a raw material but as a finished material for lithium-ion batteries or UPS. So that Indonesia does not only export raw materials, but also sends finished goods that have high economic value.
Meanwhile, in achieving the National Economic Recovery. Indonesia is currently experiencing an economic downturn due to the Covid-19 pandemic. The weakening or even the economic decline is not only shared by the Indonesian people, but also by developed countries.
This economic weakening certainly cannot be a measure that one year the Jokowi – Ma’ruf Amin administration on October 20, 2020 will fail. Because of this pandemic is the biggest test to be stronger economically.
We have to admit that there is an economic slowdown and weakness. However, after the existence of the Covid-19 Handling Team and National Economic Recovery, the government worked tactical and strategic to restore national economic conditions.
In dealing with a pandemic situation, the Government has also prepared strategies aimed at restoring the economy. Starting with providing stimulus for MSMEs and cooperatives, tax relief for SMEs and PPh, providing social assistance, providing assistance to groups of workers and others. This is certainly proof that the government is not playing games in restoring the national economy.
President Jokowi and Vice President Ma’ruf Amin certainly will not remain silent in the face of all the trials that have come during their 1 year leadership. The government is also open if there are people who want to convey their aspirations through constitutional channels.