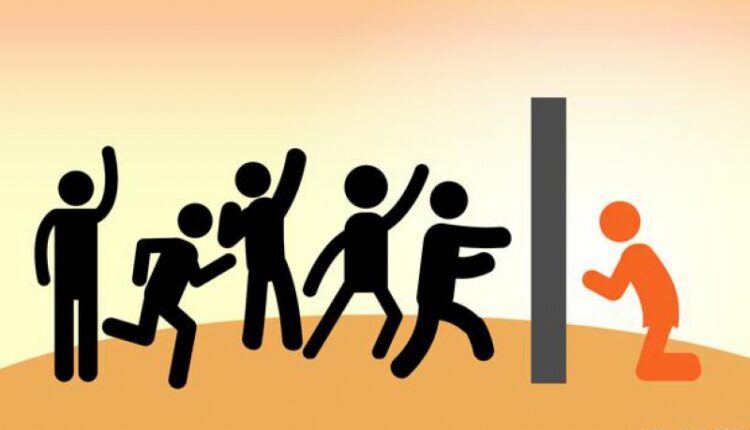 The public was shocked by the behavior of Rizieq Shihab’s supporters who were desperate to attack Mahfud MD’s mother’s house. Hundreds of people surrounded the house and were about to commit acts of anarchy. The public is increasingly antipathy towards them, because previously they were also determined to make a call to prayer, the contents of which were changed to be controversial.

Rizeq was summoned by Polda Metro Jaya for the second time. But he continued to dodge by reason of being sick. Unexpectedly, hundreds of supporters of the habib in Madura staged a protest. They went to the Pamekasan Police and protested, why should Habib Rizieq be called by the police?

Strangely, after leaving the police station, a group of Rizieq supporters did not disperse. Instead, they deliberately walked towards Mahfud MD’s house in Bugih Village, Pamekasan. Hundreds of people suddenly moved the demonstration to the front of the residence, then forced them to open the fence. They shouted Mahfud’s name to leave the house.

This mass action certainly terrified the whole house. Mahfud MD’s mother, who was elderly, was shaking because she was afraid that the mob would go berserk and storm into her house. Luckily this action only lasted a moment. The next day, in front of Mahfud MD’s house, troops from other organizations were immediately guarded.

The public regretted the inconsequential actions of Rizieq’s supporters. Why did they invade a house occupied by an old grandmother? What if he was shocked and then sick from severe shock? Of course they don’t want to be responsible and run away from problems. Besides, they are also ridiculous, because Mahfud MD is based in Jakarta and is not currently going home to Madura.

Mahfud MD commented that the supporters of the habib had not attacked the government (because he was a representative of the Indonesian government), but had attacked him personally. He also regretted this incident and was worried about his mother’s health.

This is not the only time Rizieq’s supporters have acted anarchy. Some time ago there was a video clip that went viral on social media. In the recording, there is a man who is saying the call to prayer. Unfortunately, the editorial of the words in the call to prayer has been changed, from ‘hayya ala shalla’ to ‘hayya ala jihad’ which means let’s do jihad.

Who is so brave enough to change the words of the sacred call to prayer? Isn’t he afraid of being punished? It seems that when it was traced, the muezzin who did it was one of Rizieq’s supporters. Strangely enough, his friends from mass organizations even supported his actions which were very inconsequential and controversial. Because it has led to criminal action.

Logically, why are people invited to jihad, even though Indonesia was already independent in 1945. If people are invited to fight, then who will they fight? The call to jihad is utterly irrelevant to modern life. Because the Company had given up a long time ago.

If Rizieq’s supporters insisted on jihad against the enemy, which enemy? They always consider other people who disagree as enemies, and more extreme, that enemy may be hurt to the point of losing his life. The meaning of jihad has shifted far, from defending the ummah to hurting innocent people.

They forget that in fact, the most important jihad is earning a living for their children and wives. Not by fighting and hostile to others in an inconsequential way. Do not confuse the invitation to worship with war, because it is very unethical. In fact, as believers, we fight against demons and lust in our breasts.

Rizieq’s supporters had crossed the line when they raided Mahfud MD’s house with the excuse of wanting to summon him. Even though they have indicated that they will commit acts of anarchy. Apart from that, they also acted excessively when changing the words in the call to prayer into an invitation to jihad. Because at this time the meaning of jihad they are misinterpreting is so far away.

Comply with Health Protocols to Prevent the Spread of Covid-19