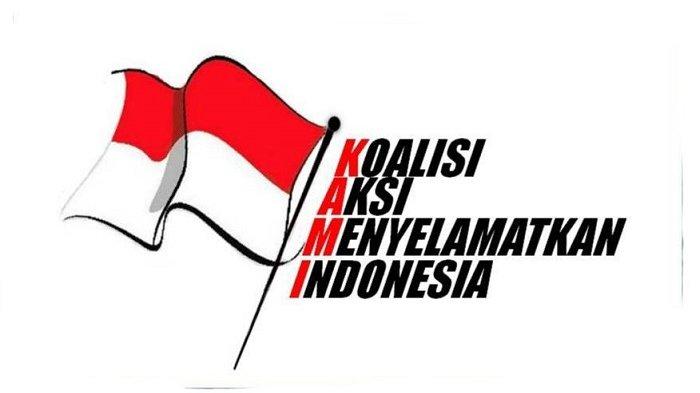 The coalition to save Indonesia is the most sensational organization in 2020. They consist of a group of senior figures, but unfortunately their age is not matched by policy. The public also rejects KAMI provocation because it only causes public upheaval during the Covid-19 pandemic.

The way to become popular can be done in 2 ways, negative and positive. Unfortunately KAMI chose the second method and instead of making achievements, instead we took various actions that made people emotional. They have made a mess by deliberately making declarations in various cities, even though it is still a covid pandemic. KAMI members were also caught spreading provocation.

KAMI Presidium Din Syamsudin got angry when he came to the Bareskim office. The request to release 8 members of his organization who were affected by the provocation case was rejected by the security forces on guard. The reason is, their cases are still ongoing and cannot just be let go of. Even Din cs failed to meet the members of KAMI Jakarta and Medan who were in jail.

After failing to release the KAMI members, the presidum did not accept it. They accused the police of carelessly arresting them and failing to comply with procedures. Yet according to Brigadier General Awi, it is in accordance with the rules. Because the investigation warrant was issued on the 12th and the arrest took place on the 13th. There is also evidence in the form of screenshots of provocation sentences.

KAMI behavior that dared to oppose the police proved their quality. The public was disappointed because this organization failed to save Indonesia. But instead he deliberately caused trouble and planned a riot after the demonstration. With the hope that in this action, protesters will be emotional and can be provoked to carry out impeachment.

When the KAMI members finally were arrested, they immediately became angry and blamed the police. Instead of admitting their mistakes in public, they play victims and play dramas, as if they are being persecuted by the authorities and the government. In fact, every citizen who is guilty can be jailed and cannot be released just like that.

Once his request was rejected, KAMI immediately complained to the National Commission on Human Rights. When their lawyers are being interviewed, the public immediately sees the original character of the organization as it pleases itself. How can a suspect ask to be released, and when that fails, he complains to the National Commission on Human Rights? Like a child who confides in his mother.

KAMI lawyers argued that the 8 members of the organization were innocent, because they only spread hoaxes. It seems that he underestimated a fake news. Even though we know that 1 lie can lead to another 1,000 lies. Just like Pinocchio.

Even though the KAMI members consist of academics, former officials, and public figures. They clearly have smart brains but unfortunately don’t use their strengths to help society and fulfill their promise to save Indonesia. But the intellect was made to create scenarios of impeachment and fooling the people.

KAMI behavior to make trouble was also seen when they supported the labor demonstration. Even though it is clearly prohibited by the authorities, because it can spread the covid-19 virus. How can an organization that promises to save the fate of the nation, even destroy its own people? The demo issue was clearly being ridden so that they would go viral.

Do not easily believe KAMI persuasion. They clearly have political motives and a hobby of making trouble and disrupting the peace in Indonesia. Don’t feel pity because they are only playing victims. When there is news about KAMI, read various valid media so you know the truth.

It is better for KAMI to become self-aware and disband, rather than getting into trouble again in the future. Or they may form a new party, as former President Megawati suggested. If you do have political goals and are obsessed with becoming RI-1 in 2024.

Beware of the Politicization of the Defend Prophet Action Demo