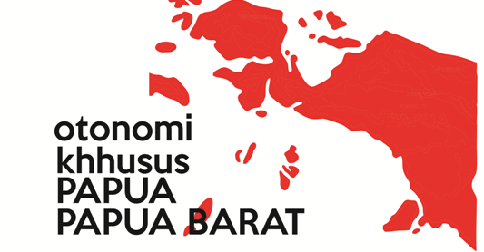 Special autonomy (Otsus) is the government’s way of advancing Papua. With this program, the Papuan people are expected to be as optimal as possible in developing and advancing the region within the framework of the Unitary State of the Republic of Indonesia.

Indonesia stretches from Sabang to Merauke. The government is determined to develop Indonesia starting from Sumatra, Java, to Papua. Development must be leveled because it is the mandate of Pancasila, and for the welfare of the people to remote areas. There should be no development gap between western and eastern Indonesia, therefore Otsus was continued until volume 2.

Special Autonomy which was originally started in 2022 has been applied for 20 years. Then in 2022 this program will be continued again because it brings many benefits to Papuans. Moreover, the Special Autonomy funds are also getting bigger, this year the budget reaches 12.9 trillion rupiah.

Regent of Puncak Jaya Dr. Yuni Wonda stated that the success of development in her area was thanks to the Special Autonomy Fund. From 2018 to 2021, he has inaugurated 82 projects that are useful to the community. All of these developments were from Otsus funds so that the extension of Otsus should not be refused.

Thanks to the Special Autonomy funds, the facilities and infrastructure in Puncak Jaya are complete. Development is carried out not only in urban areas, but also in villages, villages and districts. All of this is because of Otsus, whose funds are indeed for the welfare of the community. Even Regent Yuni claims that 80% of the people in Puncak Jaya are not unemployed.

As much as 80% of Otsus funds are indeed used to develop Papua because it is really needed there. First, Papua (formerly Irian Jaya) only joined Indonesia in 1963, almost 20 years after independence. During this period, of course, there are developments that must be pursued so that Papua can be as advanced as other regions, and the capital is from the Special Autonomy Fund.

Papua’s infrastructure development is prioritized because of its unique geographical contours, hills, beaches and wilderness. Such conditions actually complicate the mobility of citizens. Therefore, roads and bridges were built to make it easier for the Papuan people to move around, and to be enthusiastic about working and trading.

Infrastructure has also been improved and is very positive because indigenous Papuans are working in these projects. They are prioritized and feel proud for participating in developing their area. Papuans are also more prosperous because salaries from infrastructure projects are quite high.

In addition, infrastructure is also a requirement of foreign investors. If they come to Papua and see that the roads and other infrastructure there are very good, they will agree to invest. This investment cooperation also benefits residents because it reduces the number of unemployed, because many Papuans work in companies resulting from these investments.

If the infrastructure in Papua is improved, the population will automatically progress. The reason is because they can ‘sell’ Papuan exoticism and increase foreign tourist visits. Foreign tourists are happy because there are many paved roads in Papua and they can visit the very handsome Youtefa Bridge.

The government is committed to advancing Papua. Therefore Otsus was extended for the next 20 years. If Otsus is not extended, development projects will stall and harm the community. It is also detrimental to the central government because it has spent a large amount of money, but the project failed.

The tourism sector in Papua is indeed boosted because the area has a lot of potential, in addition to copper and gold mining. Papua has Raja Ampat, the peak of Mount Jayawijaya, and various other tourist attractions. If the infrastructure supports it, there will be more tourist visits.

Busy tourism will increase the country’s foreign exchange and also local government revenues. The improvement of roads and other infrastructure will have a positive impact, especially on tourism. The local government pocketed a lot of money and could be used to empower Papuans. For example, to assist MSME entrepreneurs and also mothers (Papuan mothers).

In addition, if the tourism sector increases, the community will also be more advanced. The reason is because they can sell souvenirs and various Papuan souvenirs, such as noken and other handicrafts. Foreign tourists will buy up because they like the uniqueness of the noken.

The government wants Papua to continue to progress. Therefore, Otsus is still extended so that the Otsus funds are used to develop Papua and improve the welfare of its people. Otsus should not just be stopped because there are many infrastructure projects that have not been completed.

Otsus was declared successful because there was a lot of development in Papua, which was established thanks to Otsus funds. With this infrastructure development, the lives of residents on Cendrawasih Earth will be smoother. They are very grateful for the government’s attention, especially President Jokowi who is very concerned with progress in Papua.

The author is a Papuan student living in Jakarta