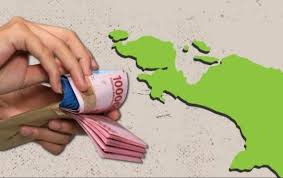 The plan to extend the special autonomy in 2021 has the support of various public figures. They have already felt the results of volume 1 of the Special Autonomy, namely progress in the fields of infrastructure, economy, education, and others. The people of Cendrawasih Earth are increasingly improving their financial capabilities.

Currently Papua is a tourist destination thanks to its natural beauty and Raja Ampat is a destination for foreign tourists. They want to visit eastern Indonesia because they are considered exotic and exude natural regional beauty. The tourism business is running smoothly thanks to the Sentani International Airport, which was built through special autonomy funds.

Not only for infrastructure development, but the special autonomy fund which reached 126 trillion rupiah was also channeled into other fields. Such a large budget is divided into funds for education, health, community empowerment, religion, and so on. So, Papua does not only have modern buildings, but also a smart community thanks to the special autonomy scholarship.

Many public figures agree with special autonomy in Papua, such as Fadli Zon. According to the politician who is the leader of the special autonomy monitoring team, this program is considered to have succeeded in advancing the people of Cendrawasih Earth. In addition, Otsus is an affirmative action that can make the Papuan people rise from being left behind. So there is no gap in Java.

In the past, Papua was synonymous with the eastern region which was quiet, only in the form of forests, and the people were less modern, but now it is different. Thanks to the special autonomy funds, there have been many developments that have advanced the Cendrawasih Earth. Even a national sports week will be held in Papua, and the people there will be proud because their territory is in the spotlight.

The indigenous Papuans also feel the positive impact of the special autonomy. The chairman of PKK Dobonsolo (Sentani, Jayapura), Martina Randongkir supports the extension of special autonomy, because it aims to make the people of Cendrawasih prosperous. This policy was quite successful, but there must be an evaluation to make it even better in the future. There will also be an optimization of village policies.

Evaluation of the special autonomy fund is necessary to make this program run even better. For example, for special autonomy funds in the field of education, there are also scholarships to continue to vocational schools, not just public schools. In addition, not only school buildings were built, but also looking for quality teachers, through the SM3T teacher program.

Thomas Sapanfo, Deputy Regent of Asmat, also believes that Otsus has a positive impact. Because in addition to providing scholarships for Papuan sons, there is a special program for those who have graduated from high school. Youths can enlist in the army, and all costs from recruitment to training. They can realize their dream of being guardians of the Republic of Indonesia.

According to Thomas, there should be socialization about the success of the special autonomy program. The broadcast was not only broadcast in Papua, but also throughout Indonesia. So, all the people will know that this program has been successful, and they will support the extension of special autonomy. Because it has been proven to advance Papua in various fields.

Socialization about the success of special autonomy is very necessary because currently there are people who reject the extension of the autonomy. I don’t know what the cause is, but their existence is quite unsettling. So they must be approached and fostered, so that they know that the special autonomy has a positive impact in Papua, and finally agree to agree to the extension of this program.

The extension of special autonomy should be seen as something positive, because this program is proven to advance Papua. Both in infrastructure, as well as economics, education, and other fields. The Papuan people are increasingly prosperous and do not feel annulled, because the central government has paid close attention to it. Development in western and eastern Indonesia is evenly distributed.