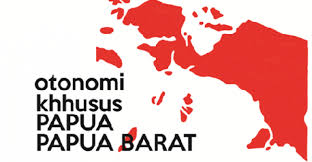 Special autonomy, which has been running since 2001, has made Papua even more developed. Not only in terms of infrastructure, but also education and several other fields. This development is very good, because it makes no imbalance of progress between eastern and western Indonesia. So that there is equitable development and community intelligence.

Special autonomy in Papua lasts 20 years, and in 2021 it will begin its extension with the same duration. The people in Bumi Cendrawasih are eagerly awaiting the existence of volume 2 of Otsus, because the funds can be used for development in various sectors, from economy to religion. The Special Autonomy Fund volume 2 is certain to increase, because there is inflation and an increase in the price of goods.

West Papua Governor Dominggus Mandacan stated that the special autonomy fund was running effectively. The Special Autonomy Fund for volume 2 is budgeted at more than 5 trillion rupiah. This amount of money is not only used for development in Papua, but also includes funding for the XX national sports week (PON) to be held on Bumi Cendrawasih at the end of 2021.

Why have the autonomy funds volume 2 been budgeted this much? First, 5 trillion money is not only for 1 year but for 20 years. So it is natural that the nominal is quite high. Second, the price of building materials to build public facilities in Papua is relatively more expensive than in Java. Third, there is inflation which results in higher prices for supporting goods.

Dominggus expect on otsus vol 2 no evaluation, so given much more autonomy for Papuans, for both natural resources and human resources. So far, special autonomy funds have also been channeled for scholarships, so that Papuan children can go to school and even study at home and abroad. It is hoped that these qualified human resources can be channeled to the relevant Ministries .

These quality human resources can also be prepared to become candidates for Papuan leaders. Because in special autonomy it is stipulated that only OAP (native Papuans) are allowed to become Governor and Deputy Governor of Papua. Like Lukas Enembe, the Governor of Papua) and Dominggus Mandacan (the Governor of West Papua). It’s not like it was previously held by outsiders (usually retired officers).

When the governor and his deputy are native Papuans, the Cendrawasih Earth will develop even more. The reason is because they better understand what facilities the Papuan people need. It can also take a cultural and social approach, so that development with Otsus funds runs more smoothly. Because the people are more obedient to someone who is considered an elder and has ethnic similarities.

In addition, Otsus funds are also channeled to the health sector, to build Puskesmas and Hospitals to remote areas. So that people do not have to go to Jayapura or Manokwari for treatment at a large hospital. Because in their area there are representative health services. Funds are also used to eradicate malaria, tuberculosis and AIDS.

Special autonomy is expected to bring progress to the provinces of Papua and West Papua, so that the people of Cendrawasih will be more advanced and will no longer be left behind in Java. They are not synonymous with backwardness, because they can advance through education, with special autonomy scholarships. Papuan children have the same opportunity to go to college and get a much more decent job.

People in Papua are very supportive of the extension of Otsus, because their area can develop more rapidly, thanks to a lot of infrastructure development. In addition, the special autonomy funds are also used for the health sector, so that the community will be healthier and reduce the mortality rate due to the distance to qualified health facilities.