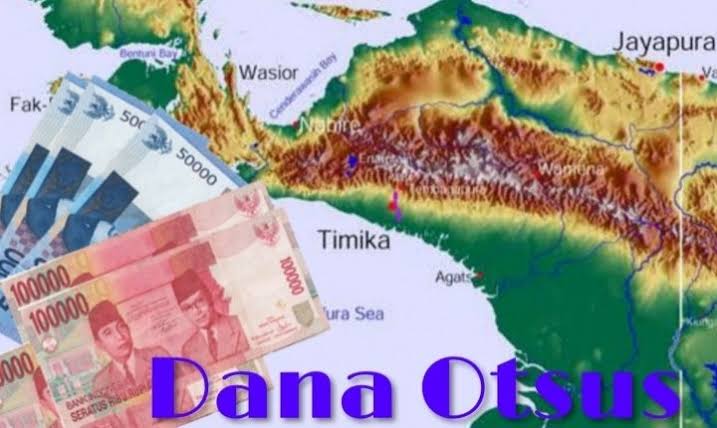 Special Autonomy Volume 2 For the Welfare of the Papuan People

Have you ever been fascinated by the red Youtefa bridge that connects Holtekam and Hamadi? Also the Trans Papua road that stretches 4,330 kilometers. All of this infrastructure is the result of special autonomy which began in 2001. Papuans can enjoy progress and no longer experience difficulties due to the lack of facilities there.

The national sports week (PON) which will be held next year on Earth of Paradise is also a proof of the organizers’ trust in the Papuan government. Because there infrastructure such as stadiums, inns and smooth roads are readily available. Again, all these facilities are the result of the Papua special autonomy fund, which is worth billions of rupiah.

Special autonomy will be continued in 2021. This program is highly supported by all Papuan people because it has proven to be advancing their region. Earth of paradise is no longer synonymous with an island which only consists of wilderness, hills and Mount Jayawijaya. Papua is already advanced and pristine with the modernity that comes from the special autonomy.

Even though this program has been running well, there are people who reject it. They think that the absorption of the special autonomy fund has not gone well. This rejection occurred because they did not realize what the benefits of this program were. If there was no special autonomy, it would not mean that Papua would have the good infrastructure as it is today.

This rejection is a serious problem because it can be linked to individuals who want to separate Papua from Indonesia. This issue was deliberately blown up so that it was imaged as a bad thing and became neo-colonialism. Whereas since 1928 Papuan youths have also determined to unite to form the Indonesian state, through the youth oath. So there is no neo colonialism.

Mayor of Jayapura Dr. Benhur Tomi Mano stated that no citizen should be provoked by the rejection of special autonomy. Especially if their status is ASN, because they are state servants. Of course, it is mandatory to comply with state regulations, one of which is the special autonomy program. If you participate in provoking, then you can get a warning from the Head of the Service.

In addition to direct socialization, it can also be made in cyberspace. Especially through social media. This is intended so that the socialization of special autonomy is more spread out to all Papuan people. Both those who still live on the Earth of Paradise, as well as those on other islands. They will not refuse the special autonomy because they know the advantages of this program.

Extension of special autonomy for the welfare of the Papuan people. So there should be no rejection. Because if the special autonomy stops, there will be no more disbursement of funds from the central government. The special autonomy fund is even planned to be increased to trillions of rupiah. These funds can certainly build Papua to be even more modern.

Let us support special autonomy for Papua volume 2 because this program is proven to advance the land of paradise. With Otsus, Papua has become a modern region and there is no imbalance between eastern and western Indonesia. The Papuan people are proud that the special autonomy results such as the Youtefa bridge are not only useful, but also make their region more beautiful.