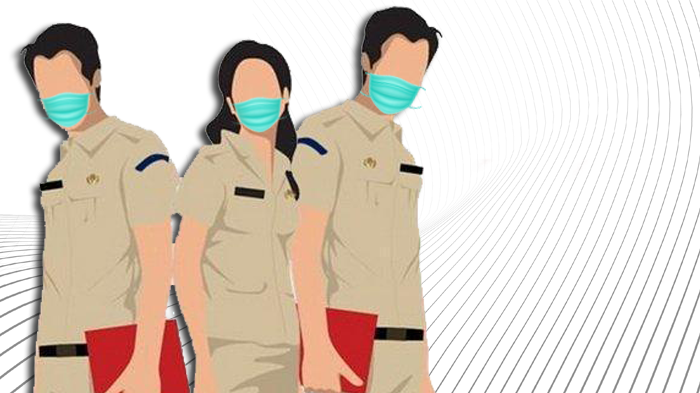 Radicalism is a common enemy that can infiltrate various elements of society, including the state apparatus. Therefore, the state apparatus must be free of radicalism so that public services and the wheels of state government can run as they should.

Being a government official such as a civil servant, police officer, or TNI soldier is a dream job because you have a fixed salary and plus there is a pension fund even though you are retired. Therefore, it is natural that many children aspire to become state officials. Besides being cool because you wear a handsome uniform, being an officer is one way to dedicate yourself to the country.

However, if you have been appointed as a state apparatus, you must obey the rules made by the government. One of them is the obligation to be free from radicalism. The reason is because if you become a member of a radical group, or at least a sympathizer, of course you will become an enemy of the state because there is a desire to defect. Do not let an ASN or other apparatus secretly spread radicalism in this country.

The Minister of State Apparatus Empowerment and Bureaucratic Reform Tjahjo Kumolo stated that essentially an ASN must be free of radicalism. Especially for high-ranking candidates. If they are found to be radical, we apologize that they cannot be appointed as officials.

Minister Tjahjo continued, the government monitors each of its officers through social media. From the digital footprint, it is known whether he is a member of a radical group or not. In addition, the spouse (husband or wife) must also be free of radicalism, so it is obligatory to remind each other.

Monitoring through social media is indeed quite effective because the digital footprint is visible. If an ASN or other apparatus is caught following a radical account, or frequently making status/share tweets about jihad, the caliphate state, radicalism, etc., it is certain that they have been poisoned by radicalism.

If caught being a member of a radical group, the officer will be punished. The first is only a warning if he is only a sympathizer. The second is the postponement of promotion or as explained by Minister Tjahjo, the prohibition of him being a high official. This punishment was deemed appropriate because he preferred to be a member of a radical group rather than be loyal to the state.

If they are punished, the ASN or government apparatus must evaluate and promise not to be associated with radicalism anymore. However, if it persists, then he could be subject to severe punishment. Disrespectful dismissal is the most severe punishment and this reward is considered appropriate because if the apparatus becomes radical, he becomes a traitor to the nation.

If dismissed dishonorably, the officer will automatically not be entitled to receive a pension. This is not an injustice, but a powerful way to prevent ASN or other officials from getting involved in radicalism. If there is a threat of this magnitude, then every apparatus will be aware and will not be persuaded by members of radical groups.

In addition, if there is a severe punishment then it also benefits the state. Do not let him take advantage of the position or facilities provided by the state and eventually be misused to spread radicalism. An ASN or an officer who is subjected to radicalism must be rewarded like that so that he really gives up.

Government officials such as members of the TNI, police, and civil servants are state servants, so they are obliged to be loyal to the state. Do not become a member or sympathizer of a radical group, because it is the same as being a traitor to the nation.

Appreciating the Organizing of Homecoming 2022