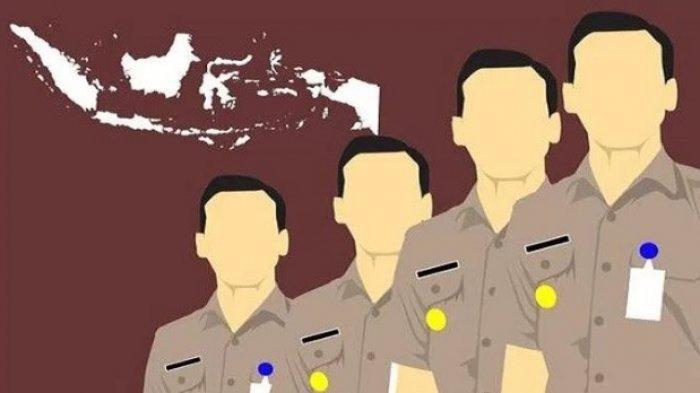 State apparatus such as the TNI, Police, State Civil Apparatus, and State-Owned Enterprises (BUMN) employees are free from radicalism. State apparatus exposed to radicalism will be able to hinder public services and disrupt the running of the government.

The state apparatus is a profession that many people dream of, because they are considered to have a fixed salary and health benefits. Therefore, state apparatus tests such as CPNS or TNI/Polri are always crowded with enthusiasts. Meanwhile, the CPNS test currently has one new requirement, namely that you should not be exposed to radicalism.

Why is there such a rule? The reason is because if a civil servant becomes a radical cadre, it will be dangerous. First, he can spread the idea to his co-workers. Second, he can take advantage of the positions and facilities owned and misused to support the programs of radical groups.

The Minister of State Apparatus Empowerment and Bureaucratic Reform Tjahjo Kumolo stated that ASN should not be exposed to radicalism. If caught, he will be given a stern warning, and if he persists, he can be threatened with punishment, ranging from not being able to get promoted to dismissal. Minister Tjahjo then told me that every month he dismissed 40 civil servants dishonorably because they were members of a radical group.

So how does the ministry of state apparatus know that an ASN is exposed to radicalism? Minister Tahjo continued, the way to do this is by looking at his digital footprint on social media. If an ASN likes to insult the government and mentions about jihad and the caliphate state, then it is certain that he has become a member of a radical group. The reason is because it’s characteristics.

By looking at the digital footprint, it will be easy to trace, so the ministry can reprimand the ASN. Why the heaviest punishment is dismissal? The reason is because radicalism is a chronic disease and when ASN chooses to be loyal to their group, it is the same as losing their sense of nationalism, because radical groups are very anti-Pancasila.

The threat of punishment is not a joke because if an ASN is dishonorably dismissed, it will be a big loss. First, he loses his livelihood and when he is over the age of 40 it will be difficult to find a new job because the average company is looking for fresh graduated employees who are still young. Second, he will not get any pension at all.

When there is a threat of punishment like this, it is considered very appropriate because it does not allow radicalism to thrive in other ministries and state institutions. An ASN is a servant of the state so he must be loyal to the state. However, when he is exposed to radicalism, he will lose his sense of nationalism and become a traitor to the state, because he has ambitions to establish a caliphate state.

Therefore, it is very natural that in the CPNS test it is required not to be involved in radicalism, so that the ASN screened is not only intelligent but also must be honest and loyal to the state. It is better to carry out rigorous tests from the start than to do the selection again after all have been appointed as state servants.

The regulations are clear, ASN cannot be a member (or even just a sympathizer) of a radical group. Imagine if an ASN is exposed to radicalism on social media, he will be diligent in fighting and insulting the government. Even though it would be tantamount to humiliating himself because he would be looked down upon by others.

All state civil servants must be free from radicalism and the inspection is very easy, just look at their digital footprint on social media. The threat of punishment for ASN exposed to radicalism, the harshest, is dishonorable dismissal. There is no mercy because ASN should not abuse their position to benefit radical groups.

Appreciating the Welfare Approach to Defuse Conflict in Papua

Beware of the Spread of Radicalism Among Children