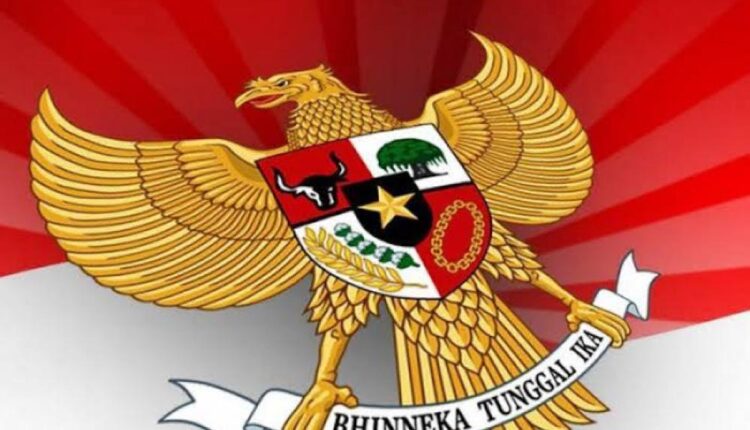 Strengthening Pancasila is the Key to Preventing Radicalism

Radicalism is suspected to have spread to various elements of society. Therefore, it is necessary to strengthen Pancasila as the key to preventing the spread of radicalism in Indonesia.
Radicalism is an ideology that must be eradicated because it wants to change the concept of the state into a caliphate.
To eradicate radicalism, the strengthening of the Pancasila ideology will continue to be carried out. If everyone understands and implements Pancasila then he will not be trapped in extremism and radicalism.

During a pandemic, not only the Covid-19 virus must be eliminated, but also radicalism. This notion must be removed from Indonesia because they always insist on creating a caliphate state and replacing Pancasila with their ideology. In fact, the concept of a caliphate state does not match the conditions of Indonesia, which is pluralistic and recognizes 6 beliefs.

To eradicate radicalism, the most appropriate way is to strengthen the ideology of Pancasila. Brigadier General Pol R Ahmad Nurwakhid, Director of Prevention of the National Agency for the Prevention of Terrorism (BNPT) stated that preparedness is a form of one of the state’s strategies in preventing radicalism and terrorism.

Brigadier General Pol R Ahmad continued, the preparedness is not only physical but also Pancasila ideology. However, preparedness is also carried out with a religious approach, such as instilling the values ​​of national insight, Pancasila, and nationalism. The ideology of a religious approach needs to be applied because radical and terrorist groups often clash between religion and the state, culture, and Pancasila.

In a sense, the readiness of the Pancasila ideology will bring Indonesian citizens in a moderate attitude and distance themselves from radicalism and terrorism. The reason is because if a person has become moderate then he will not be carried away by the currents of terrorism and extremism, because his perspective is clear and does not want to be a person who is too bigoted.

Pancasila and religion should not be clashed because Pancasila is included in the first principle: divinity in the one and only God. In this way, it is not true that radical groups accuse, when in a country with the ideology of Pancasila, they do not recognize religion and are too liberal.
If it is stated in the first precept that there is only one God, then it is clear that the government obliges all people to obey their God first, then do anything else. It is very wrong when radical groups allege that the current government is also related to communism. The reason is because it has been strictly prohibited since the New Order era.

The strengthening of the Pancasila ideology can be done in several ways. First, by adding the subject of character and understanding of Pancasila, from elementary school to university level. The goal is for the community to know from an early age what the implementation of Pancasila is and not just memorize the five precepts.
When many people understand the implementation of Pancasila, they will not be trapped by radicalism.
The reason is because they know that in Indonesia the society is very diverse and does not fit with the concept of caliphate which radical groups have always been proud of. Moreover, in Pancasila it is called the principle of justice, while terrorist groups act unfairly by bombing public places and attacking innocent people.

The second way to strengthen the Pancasila ideology is by holding elections for Pancasila ambassadors. Young people will be attracted to register, not because they want to get the prize, but because they understand that being an ambassador is the same as saving this country from the threat of radicalism.

When the Pancasila ambassador has been elected, he will hold a campaign (mostly on social media). More and more people will understand and remember the precepts in Pancasila and try to implement them, so they are not interested in being invited to join radical groups.

Strengthening the ideology of Pancasila is a vaccine to cure radicalism in this country. Do not let this dangerous understanding spread because it can destroy the country. We must implement all the precepts in Pancasila because it is very useful.