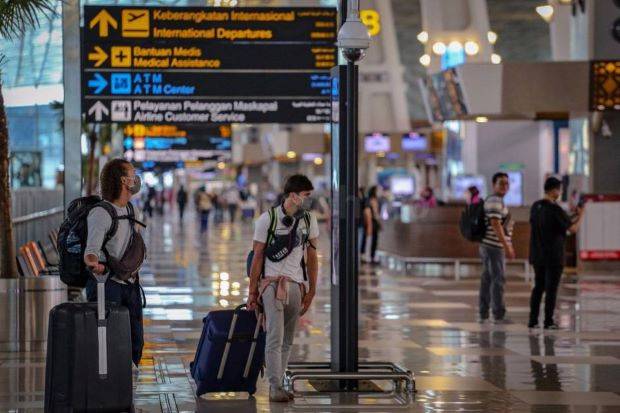 The quarantine policy after traveling from abroad must be adhered to by all parties. The public supports the Government’s firm action against the quarantine game which is an initial screening step to prevent Covid-19.

When the Omicron variant of the Covid-19 virus entered Indonesia, there was another tightening at the entrance to the country, especially at airports. All people who have just arrived from abroad must want to be quarantined so that they can be monitored whether they are positive for Corona (especially the Omicron variant) or not. Quarantine cannot be replaced by self-isolation in their respective homes because they may not be disciplined.

However, the smell of quarantine dirty games emerged which made President Jokowi take a firm stance. He emphasized that there should be no games and must be prevented right now. In a sense, don’t let quarantine become an arena for cheating and collusion, or running away from each other, so that it can increase Corona cases (especially the Omicron variant) in Indonesia.

Dirty games carried out by unscrupulous elements began to be revealed when a celeb with the initial R was not quarantined, and after being caught, he admitted to bribing one of the guards there. Of course, R violated the Quarantine Law and was fined millions of rupiah, and was threatened with imprisonment. As a celebrity, he also received social punishment in the form of ridicule from many people.

This case continues to be investigated so that no one is inspired and also prepares bribes. This game is really dirty because people are easily tempted to shine and forget to be disciplined in carrying out their duties.

Meanwhile, there is also another mode to escape from quarantine. There was someone who was tested for Corona during quarantine and the result was positive, but he asked for a comparison test, and the result was negative. He cunningly showed a negative test result and was then allowed to go home. However, the results of the subsequent tests turned out to be positive. So to prevent this from happening again, the test must be carried out at least 3 times during quarantine.

Dirty games during quarantine must be suppressed because they are very detrimental. First, this could increase the number of Corona cases in Indonesia, especially the Omicron variant. The reason is because the majority of Omicron patients are from overseas transmissions. Those who have just arrived from abroad should not underestimate it, because this variant of the virus does not only exist in Africa and its surroundings, but is already worldwide.

Quarantine is mandatory because it can suppress Corona cases in this country and those who have just arrived from abroad should be aware that they have been saved. The reason is because if you are only self-isolating and then exposed to the Omicron variant of Corona, there is no anosmia, aka loss of olfactory function. They think they are healthy even though they are sick and don’t let it lead to death, especially if the vaccine is not complete.

In addition, the people who play quarantine must really be given strict action, if necessary they are given harsh punishments until they lose their position. This is not cruelty, but shock therapy so that no one imitates his bad actions. Don’t let one mistake create a negative domino effect.

When everyone is in quarantine, they become saviors because they prevent the third wave of Corona attacks in Indonesia. Don’t let another attack cause a spike in cases and even the doors to enter and exit Indonesia are completely closed, and this is really detrimental, especially in the economic and tourism sectors.

Sneaky games during quarantine carried out by naughty elements must be crushed. Don’t let one cheating cause the number of Corona patients in this country to rise again. Officers must be strong and not easily tempted by bribes if anyone wants to run away, because if they accept it they are just as selfish but detrimental to Indonesia.

Laura Putri, Author is a contributor to Pertiwi institute

The Community Supports the Moving of the National Capital