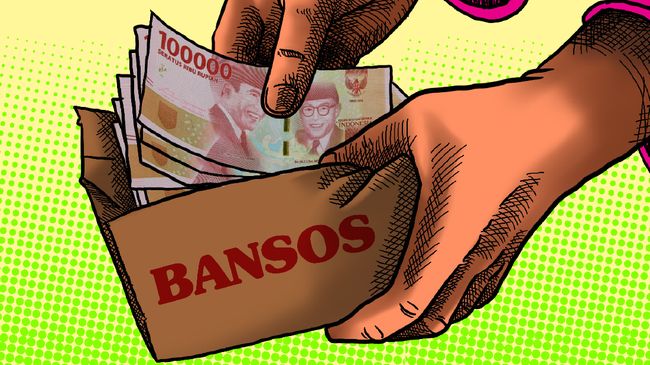 The pandemic is a time of concern because almost everyone is affected by it. But the worst thing is the small people because they are willing to cut their salaries by the factory. Even more pathetic, some were fired and confused about how to survive. To help them, the government provides cash assistance in the form of social assistance.

However, it’s a shame that this Social Assistance program has been manipulated by naughty people. The community immediately reacted strongly, because those who circumcise aid were very cruel. How can they take advantage of the opportunity in the narrow and quote Bansos? How heartbroken it is when the social assistance money is cut by 50,000 rupiah, or even more.

Dewa Gede Wirajana, Head of the Tangerang City Attorney General’s Office, stated that his staff had detected fraud in the distribution of Social Assistance since June 2021. Currently, it is still in the process of being investigated and he promised to take firm action against the perpetrators. If someone is caught taking advantage of the situation, he or she will receive a criminal penalty.

When there is a cut in social assistance funds, it is very embarrassing, because the person must have received a fixed salary. But he was greedy by taking what was not his right. Corruption in Indonesia must be eradicated to its roots, so that the individual must be arrested.

Although it has not been revealed who the real person is, the community appreciates the firm steps taken by the local government, the Ministry of Social Affairs, and the Attorney General’s Office in uncovering this case. Do not let corruption thrive in Indonesia because it will undermine the country from within. In addition, the cutting of social assistance funds is very inhumane, because the poor are the ones who suffer the most.

The cuts in social assistance funds made in Tangerang could also potentially be carried out in other areas. Therefore, the Kejari will cooperate with the Police and local governments to investigate. So that the culprit will be caught and he will give up, and regret his evil deeds.

The mode of cutting social assistance funds is to quote in part. For example, if someone gets 600,000 rupiah worth of money from the government, then someone directly cuts it for administrative reasons. If they refuse, then the person threatens not to disburse the Social Assistance, so that it inevitably has to be complied with.

In fact, this cut is a big mistake because there are no administrative costs at all when distributing social assistance. So that the culprit must be severely punished, even though he quoted ‘only’ 23,000 rupiah. The reason is because corruption, no matter how small, is a crime that must be repaid with the appropriate punishment.

The public is also asked to have the courage to report if there are irregularities in receiving social assistance. Don’t let someone in other places make the cuts too, with unreasonable reasons. If anyone dares to commit corruption, just report it and don’t be afraid, because the Attorney General’s Office will immediately investigate.

The case of cutting social assistance funds is very sad because the perpetrators are very willing to take money from the poor. Corruptors must be imprisoned so that they regret their actions. Don’t let the incident in Tangerang be duplicated in other areas. Social assistance should not be corrupted, no matter how small.