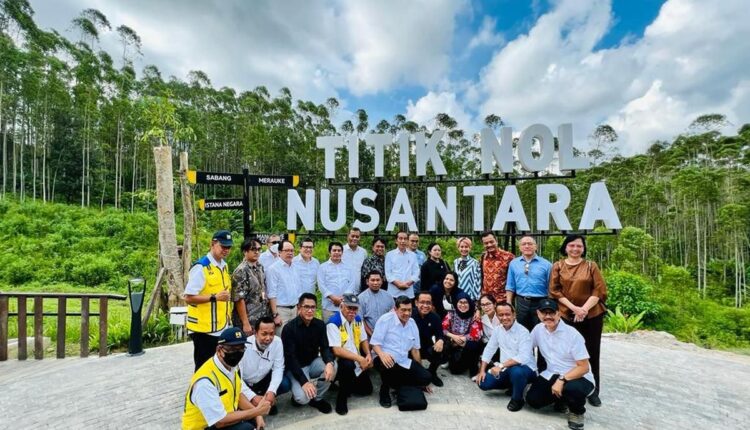 Acceleration of New State Capital Infrastructure Development ( IKN ) is a necessity. A number of elements of the community also provide support to the central government so that it can realize infrastructure development according to the plan.

One of the real support is obtained from the local government. The government of North Penajam Paser Regency, East Kalimantan, also supports the acceleration of infrastructure development for the new State Capital ( IKN ) called Nusantara in some of these areas, namely the Sepaku District which is the core area of ​​the Nusantara IKN .

Acting Regent of North Penajam Paser Hamdam Pongrewa in Penajam said his party was committed to supporting the acceleration of infrastructure development for IKN Nusantara. One form of local government support is in the form of accelerating the process of administrative requirements for the construction of new IKN infrastructure .https://faa7861cb14de85016d7f06a9f0c5e3b.safeframe.googlesyndication.com/safeframe/1-0-39/html/container.html

Hamdam Pongrewa said that the central government plans to build a short span duplication of the Balang Island Bridge in Pantai Lango Village, Penajam District, North Penajam Paser Regency so that there are twin bridges to support IKN Nusantara. On the other hand, the North Penajam Paser Regency Government also issued a decree to determine the location for land acquisition for the construction of the new IKN material and logistics dock .

The central government, he continued, chose the people’s port of Bumi Harapan Village, Sepaku District, North Penajam Paser Regency as one of the material and logistics delivery routes for IKN Nusantara.

He said that the central government plans to build a representative dock to support loading and unloading of materials and logistics for the construction of a new IKN whose distribution is by sea.

According to Hamdam, the location determination decree issued by the local regency administration is one of the requirements that must be met for the infrastructure development of the Nusantara IKN .

Hamdam Pongrewa explained that the decree for determining the location of land acquisition which was the authority of the district government had been issued as support for the acceleration of the development of new IKN .

With the support of the issuance of a decree (SK) determining the location of land acquisition as tangible evidence of the acceleration of the administrative process in the context of the construction of new IKN . On the other hand, this is a positive step for massive IKN infrastructure development because from the land administration side it can facilitate land acquisition as the center of government later.