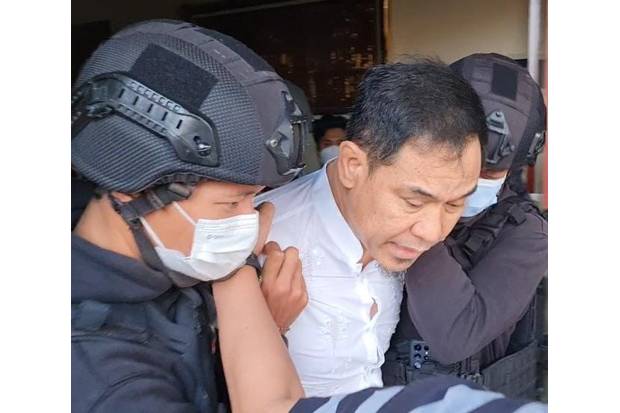 Support Investigation of FPI Officials involved in the Terrorist Network

Former FPI Secretary General Munarman was successfully arrested by the police who was suspected of being linked to terrorism. Previously, the police had also detained former FPI leader Rizieq Shihab for violating Prokes during the Covid-19 pandemic. The community supports the legal investigation of the former FPI elites as an effort to uphold the law with justice.

Densus 88 finally arrested Munarman because he was involved in the cultivation of ISIS. The Special Detachment 88 is also collecting evidence of the relationship between the terror that occurred in various regions in the country and Munarman’s role. However, it is too early to tell.

Terrorism observer Ridwan Habib believes that it is impossible for Munarman to be arrested by the police without careful consideration. He said that Densus 88 always arrested people with strong evidence, never before had a suspect been acquitted in court.

He considered that Munarman’s arrest was part of Densus 88’s efforts in fulfilling its duties in the field of countering terror in the country. The public is asked to wait for what status will Munarman be assigned after the investigation process. In Law No. 5 of 2018, Densus 88 has 14 days of examination to determine Munarman’s status.

In addition, the Executive Director of the Indonesian Police Strategic Studies Institute (Lemkapi), Edi Hasibuan, also stated that the Densus had sufficient evidence to arrest Munarman.

According to him, the public should give investigators the opportunity to examine Munarman 7 times 24 hours.

On a different occasion, political observer Prof. Dr. Hermawan Sulistyo said that the police must investigate the existence of FPI members and former members who were involved in terrorism networks. Tracing efforts are expected to prevent terrorism from becoming more widespread and increasing.

He added that the government must also be able to trace and then cut off its channels, including funding channels.

Meanwhile, the Head of the Center for Police Science Research and Terrorism Studies at the University of Indonesia who is the Daily Chairperson of the National Police Commission (Kompolnas), Benny Mamoto, revealed that around 37 FPI members have been implicated in terrorism cases. They are members of the congregation group Ansharut Daulah (JAD) and the East Indonesian Mujahidin.

Researcher of the Institute of Sciences (LIPI), Kiki reminded the government not to be careless. He asked the government to immediately conduct a study, whether the mass organization was included in the terrorism network, and if it was proven, it should be disbanded.

Kiki is concerned, because the government should be able to prevent FPI from becoming a terrorist organization. This can be done if we have a clear road map.

Kiki said, currently there is a narrative war, especially in social media. So that the Government must be serious in handling this matter, not to lose in cyberspace warfare.

Previously, Benny Mamoto revealed that there were 37 names of terrorists who had FPI members’ backgrounds or had joined FPI. Benny said that one of the names was involved in the suicide bombing at the Cirebon Police mosque.

If they do not act immediately, of course this network will further spread its ideology to the public, so that more people will support acts of terrorism.

As reported, dozens of terrorist suspects who were part of the Ansharut Daulah (JAD) congregation network have been brought to Jakarta for further processing.

Not long after that, a video of one of the terrorist suspects named Ahmad Aulia appeared. He bluntly stated that he was a member of the Makassar FPI.

He also gave information that in 2015, he and hundreds of other FPI members took allegiance to ISIS.

Ahmad Aulia also said that at the initiation, Munarman, who was a senior FPI official, also attended.

Such an action would not have been possible if there was no structured plan, so that the proposal had to be carried out to find out the root of the problem and the involvement of FPI’s support for acts of terror in Indonesia. Of course we all know that FPI has sealed houses of worship, even though it is not their right to do this.

Beware of the New Covid-19 Cluster