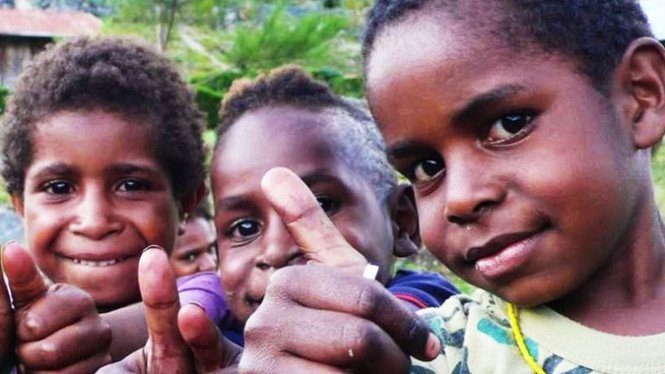 The Papuan people support the new Strategy in handling the conflict in Papua. The new strategy that puts forward a dialogue and welfare approach is expected to stop the violence that occurred on Cenderawasih Earth.
For a long time, the Papuan Separatist and Terrorist Group (KST) has been a source of conflict for the community. They are famous for carrying out heinous and brutal actions to realize their ideals of liberating Papua. Including by hurting others or sacrificing his brother.
The Papuan conflict has actually been going on for a long time. Which leaves a lot of trauma to a prolonged dark history. However, the government’s treatment is not lacking in seeking various ways to create peace. However, the hardline group that has been designated as KST seems reluctant to raise their hands. They remained steadfast in their stance for independence.

In this latest strategy for dealing with Papua, it has been officially established. Namely, the TNI-Polri unit will eliminate violence when on duty. This was confirmed by Inspector General of Police Mathius Fakhiri who is in charge of the position as the Papuan Police Chief. And the Commander of the XVII Cendrawasih Regional Military Command, Maj. Gen. Ignatius Yogo Triono, in a conference attended by up to 2,400 personnel.
Both of them agreed to prioritize communication rather than physical fights which were considered never ending. To solve every problem that occurs in society.
The Kapolda also advised that in carrying out his duties he must be able to accommodate all the aspirations expressed by the community. He considers putting the heart first, always being disciplined and maintaining good speech so that simple behavior is important.

Kapolda also forbids his staff to consume alcohol and must be closer to the community. Especially Papua which has so many environmental and cultural characteristics.
Meanwhile, the approach to handling the Papuan conflict has also received various appreciations. This was stated by the chief of the Sebyar tribe in West Papua. Namely H. Aci Kosepa who stated that the steps taken by the Commander of the Indonesian National Armed Forces, General Andika Perkasa, to deal with conflicts with a social-territorial approach were deemed appropriate.
Reportedly, this approach will also be harmonized for Papua and West Papua. According to him, the coordination is already good, especially since the TNI has also coordinated with the Kodim until now. Previously, General Andika Perkasa had also announced a new policy related to security in Papua. Namely, through the pattern of the territorial-social approach, which will be carried out the same throughout the archipelago.

In line with the statement of the Sebyar Tribe Chief, PB HMI functionary named Deni Iskandar stated that the policy and approach pattern to be carried out by General Andika Perkasa was considered appropriate. And is considered capable of resolving conflicts on the earth of Cenderawasih.
Deni assesses that to unravel the conflict in Papua, which is quite complex, it will be effective in this way. So he also appreciates this policy.
Deni added that the approach offered by General Andika was able to create closeness between the TNI and the community. The more ideal the approach, the better the problem solving will be.
Indeed, the security efforts so far have been colored by violence. Moreover, there are victims who leave extraordinary fear. Not to mention the potential for a prolonged grudge to emerge.
Therefore, this policy needs to be supported and implemented properly. The assumption is that subtle approaches to creating closeness and eliminating the fierce impression of military forces must be carried out. Because, of course, humans still have another side that wants to be noticed.
Moreover, the Papuan people are thick with the environment and cultural conditions that are characterized by different social conditions. In addition, the habits from the past are not easy to break.

The impression of a foreign and fierce indeed often radiates from the military forces. Even though this impression is only in the form of an outward appearance, where they are accustomed to being educated in a strict and disciplined manner. Thus, this impression often arises naturally. Nevertheless, the TNI-Polri are still human beings with hearts.
They are eager to seek peace in Papua immediately. Who doesn’t want to live in peace, security and peace, right? Therefore, it is hoped that in the future the implementation of this policy can be carried out optimally to give the desired results. Namely, Papua which is rich, safe, peaceful and comfortable and grows into a region that is friendly to anyone. Including people in their own area.