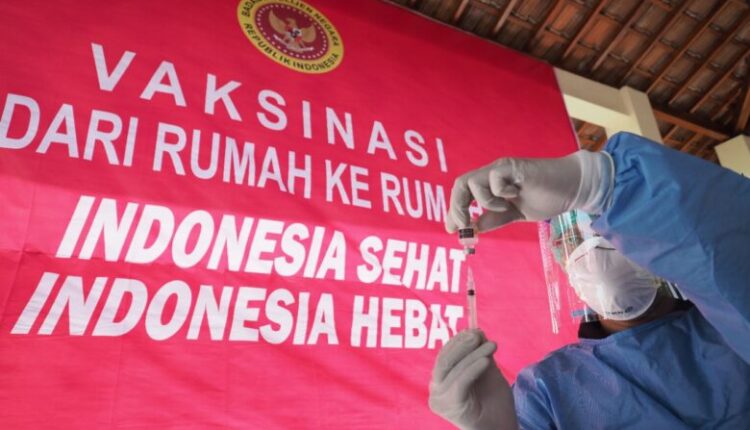 In addition to complying with health protocols, optimization of vaccines also needs to be done considering that Covid-19 is still a fairly worrying infectious disease.

The State Intelligence Agency (BIN) continues to intensify the acceleration of vaccination in order to meet the target of 70%-75% of the population nationally. The peak of positive cases of Covid-19 is estimated to have been exceeded, but the vaccination target must be achieved so that there is no reversal of the phenomenon.

Head of BIN General Pol (Ret.) Budi Gunawan said that the acceleration of vaccination was needed to ensure the continuity of the phenomenon of the decline in the national positivity rate. Data from March 4, 2022 shows that the positivity rate for Covid-19 in Indonesia has fallen to 16.3 percent from 18.2 percent at the end of February 2022. At the same time, there are 15 provinces experiencing a decline in daily cases and 8 provinces experiencing a sloping decline.

Budi said this is encouraging data, but it should not reduce vigilance. When the peak positivity rate is exceeded, and a decrease in daily cases is seen, efforts to control the spread of Covid-19 must be optimized. So that this phenomenon continues to the point that is closest for Indonesia to be safe from the pandemic.

Even though the peak positivity rate is exceeded, continued Budi Gunawan, it does not mean that the pandemic is over. It’s just a saturation point that must be utilized as well as possible to optimize vaccination, detection and mitigation efforts, and discipline health protocols.

In the past week, BIN has also intensified vaccinations to improve outcomes among children, the elderly, and the general public. Vaccinations are held in at least 12 provinces spread across dozens of service points. Vaccination coverage is extended to remote villages or islands that have been difficult to reach, known as the 4T region; Remote, Farthest, Deepest, Outermost.
In the Bangka Belitung Islands, the regional BIN (BINDA) cooperates with the local government (Pemda) to the smallest unit to carry out door-to-door or door-to-door vaccinations.

Meanwhile in Riau Province, the local Binda held simultaneous vaccinations in six regions which also have the deepest, farthest and remote areas, namely Bengkalis, Dumai, Meranti, Rohil, Rohul and Siak. The number of vaccines that have been injected has reached 248,000 doses per month, with the main targets being children aged 6-11 years and the elderly.

Kabinda Riau Brigadier General Amino Setya Budi said his party used a centralized and door-to-door method, with the aim of expanding coverage. Thus, a protective fortress will be formed for the community, including in the farthest, deepest and remote areas.

Meanwhile, in North Sulawesi, which also has many outermost islands on the border, the ranks of BIN formed a separate task force, synergizing with the local government. North Sulawesi Kabinda Admiral TNI Adriansyah said his party was accelerating to all levels of society in North Sulawesi, including those living in the 4T area, by targeting 5,000 doses per day.

We also need to know that vaccination is also an activity that can reduce severe symptoms. The evaluation of the effectiveness of the Covid-19 vaccine, carried out by the Health Research and Development Agency of the Indonesian Ministry of Health, proved that the vaccine was able to reduce the risk of being infected with Covid-19, as well as reduce care and death for health workers. The study was conducted on 71,455 health workers in Jakarta, including nurses, doctors, midwives, technicians and other general personnel during the period January-June 2021.

Previously, Deputy Chairperson of the MPR, Jazilul Fawaid, encouraged the government to continue to accelerate the distribution of vaccines to various regions. Vaccination is considered the best step in creating communal immunity or herd immunity as part of efforts to stop the spread of the Covid-19 pandemic. According to him, in some areas it is still difficult to meet the vaccination needs of their citizens.

He said that in the past many people were afraid to get the vaccine. There are those who are still questioning halal or haram, whether vaccines are safe and so on, nowadays people’s trust in taking vaccinations continues to increase. Vaccination centers have also begun to be widely implemented, such as in health centers, police offices to private clinics with the help of professional medical personnel.

Vaccination is something that the government must continue to strive for, by intensifying vaccination, more and more people will be protected from the dangers that can be caused by Covid-19.