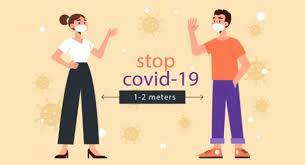 By: Edi Jatmiko )*
Violators of health protocols (Prokes) are increasing and we are obliged to support firm action against them. Violators must be punished based on their mistakes so that there is a deterrent effect, and their mistakes will not be imitated by others.
Is everyone tired of Corona? The pandemic situation does force us to adapt to the situation, and finally there are those who are getting stricter in maintaining health and Prokes discipline aka health protocols. But unfortunately there are also those who are on the contrary, in fact violating Prokes openly and like crowding, with the excuse of socializing and not caring about the pandemic.
There are various violations of health protocols. Most often, it is not disciplined to wear a mask. It’s really sad because masks are very cheap and easy to buy anywhere, even on the roadside there are also those who sell. However, there are those who wear masks for fear of being raided, while after that they are simply taken off.
If there are people who do not wear masks, they are usually given light punishments by the security forces. They are subject to social punishments such as sweeping the streets, cleaning the market, and some are even ordered to feed people with mental disorders (ODGJ). Even though the title is ‘only’ a social punishment, it also makes people tired because the violator will be very embarrassed, so it is hoped that he will not repeat his mistake. The community supports this punishment for the sake of Prokes discipline.
The second Prokes violation is escaping quarantine obligations. Since the beginning of the pandemic, all Indonesian citizens and foreigners must be quarantined for 10 days at the athlete’s guesthouse or designated hotel. However, if someone escapes, either because of bribing the guards or using other methods, of course they will be punished.
Quarantine violators will be caught in the quarantine law, article 23 of Law number 6 of 2018. The threat of punishment is no joke, a fine of 100 million rupiah or a maximum imprisonment of 1 year. It is hoped that a fine of this magnitude will really serve as a deterrent effect so that no one plays around with quarantine. The community also supports it because they are aware that this violation is wrong.
The punishment for quarantine violators is enormous because the effects are fatal. If the runaway turns out to be positive for Corona, especially the Omicron variant, then he can infect 70 people. The number of Covid-19 patients will continue to rise and we will be miserable because we don’t know when the pandemic will end. Don’t let chaos happen because of the selfishness of people who arrogantly refuse quarantine.
Meanwhile, the third violation of health protocols is intentionally crowding. Unfortunately this violation often occurs in society. Starting from weddings that invite up to thousands of people (even though the maximum is only 50% of the building’s capacity), unlicensed concerts which of course invite large audiences, to invitations to other events that cause traffic jams.
If there is a crowd then the fine is also the same, 100 million rupiah. In addition, when caught, the event will be immediately disbanded by the COVID-19 task force team and security forces. The organizer must not be angry because he was proven to have violated the rules and must bear the consequences.
Strict action against violators of health protocols must be supported and when someone creates a crowd on purpose, those who see it can report it to the authorities for later action. Don’t be afraid to report because one phone call can disperse the event and save many people from the possibility of a new Corona cluster forming.
When someone violates health protocols, he must not be angry when he has to endure punishments, ranging from the threat of imprisonment to large fines. The reason is because he is clearly guilty of violating Prokes on purpose. The community also supports decisive action by the authorities so that there is a deterrent effect.