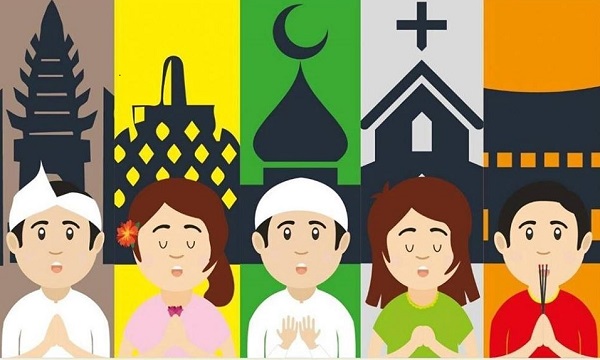 Lecturers are everywhere, not only on television but also on social media. Their existence is highly respected because they become guides to become more obedient people. Events filled with speakers were more lively because there was an interactive question-and-answer session.

In choosing an event that presents speakers in the real world or on the internet, it is better to choose a moderate one, because it really focuses on preaching without inviting division. BNPT Director of Prevention Brigadier General Pol R Ahmad Nurwakhid stated that the presence of preachers with moderate preaching content in cyberspace was effective in suppressing radicalism.

Brigadier General Pol R Ahmad Nurwakhid continued, as much as 67.7% of da’wah content in cyberspace contains radicalism. However, after the new normal and accompanied by health protocols, many preachers began to be moderate and anti-radicalism, as well as tolerant. Thanks to the presence of moderate preachers, the radicalism index decreased drastically, from 55.2% in 2017 to only 12% in 2022.

When the radicalism index decreases thanks to moderate preachers, it is a very positive thing. First, they preach in cyberspace which has a larger audience. Second, they are making religious moderation viral and the public is aware that religion should not be too extreme, both right and left, because it will endanger themselves.

The presence of moderate preachers brought a breath of fresh air because they preached peacefully. Moderate preachers must make their videos viral because they are purely presenting religious teachings, without being extreme and radical.
The lecturer understood that people should be invited to obey their religion without having to be hostile to those who have other beliefs.
Religious preachers must be supported because they purely teach verses in the holy book and hadith, without offending certain parties. Religion should bring peace, not hostility. The lecturer understood that a good da’wah is one that reaches the heart and makes the congregation more obedient in worship.

The speaker chooses the theme carefully, knowing that religion should bring unity, not division. Moderate lecturers also understand that Indonesia is a pluralist country so that it respects differences in society. With differences, they will not be hostile because everyone is tolerant.

Tolerance is the key to the content of the lectures of moderate religious leaders. They give da’wah by containing stories of the prophet and companions who practice tolerance. For example, the story about the prophet who bribed an old man, who apparently had not embraced Islam. But he patiently feeds her every day.

On the other hand, don’t randomly choose a speaker because he could turn out to be a member of a radical group. The way to investigate is to look at his social media accounts. Usually if you are radical, you can see the contents of your status about jihad, caliphate, and so on.

We should be grateful for the presence of moderate lecturers because they can suppress radicalism in Indonesia. Society needs to support these preachers because they teach peace and tolerance. Don’t just choose a speaker because it is possible that those who come are radical and terrorist figures, and endanger a lot of people.