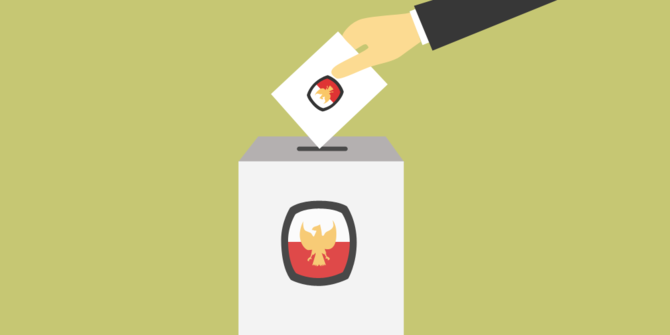 Support the Smooth Democracy Party, Elections Must Be Without Identity Politics

All elements of society must unite in supporting the smooth running of democratic parties in Indonesia. Elections should have taken place without the slightest practice of identity politics.

Identity politics is indeed a very real threat, especially for the holding of General Elections (Elections) in the upcoming 2024. Even today, identity politics is still a challenge in organizing a democratic party, namely elections.

Related to this, the Head of the Indonesian National Police (Kapolri), General Listyo Sigit Prabowo, stated that so far there are still many people who have not realized when identity politics began to emerge. It is precisely because there is no real awareness from the community that identity politics is a challenge in itself as well as a threat that is even now very real.

He emphasized that indeed there must be a very strong commitment so that identity politics does not recur at all in the upcoming 2024 elections. Furthermore, he also revealed that currently the condition of the people is still at a crossroads, which is how the public’s attitude towards the General Election, especially the awareness to avoid identity politics will certainly greatly impact the smooth running of democratic parties in Indonesia.

The National Police Chief also emphatically appealed to the whole community to have a firm position so that later whoever will compete in the 2024 election contestation will really only rely on and compete on their program without any additional frills of identity politics in it.

To be able to win an election contest, especially in a country that already adheres to democracy like Indonesia, in fact, prospective leaders must have attractive programs so that they can highlight them to the public so that the public can find out which prospective leaders are truly has the potential and quality to be worthy of being elected as Indonesia’s future leader.

According to the National Police Chief, only in an honest way, that is, truly all prospective leaders are able to present many programs that are in accordance with the will of the people. When prospective leaders do this, it is indeed in this way that the general election contestation can be much better than before.

General Listyo Sigit Prabowo again stated that only ideas, as well as visions and missions that are very attractive to the people are able to make the people choose which candidate they want as a leader. This method must really be highlighted in the upcoming 2024 elections. He is also wary of the fact that identity politics should not occur in the democratic party event because it will only lead to the decline of democracy.

Furthermore, he also really hopes that the 2024 Election can run very smoothly without any obstacles, and invites all Indonesian people to be able to jointly anticipate a number of things that might potentially damage the 2024 Election.

Indeed, the existence of identity politics itself must be able to be anticipated by all elements of society in the country. Going forward, he is firmly committed to continuing to push so that the political journey and elections can run smoothly, healthily and well and be able to demonstrate the maturity of this nation’s democracy.

Meanwhile, Executive Chairman of B-Universe, Enggartiasto Lukita also invited all Indonesian people to jointly be able to oversee the 2024 Election so that identity politics does not involve efforts at all. Not only to the community, but he also invited all parties, especially political parties, to unite.

The reason is that one of the important things to be able to prevent the practice of identity politics is to strengthen the unity and integrity of the nation, because with this, society will not be easily divided so that the integrity of the Unitary State of the Republic of Indonesia (NKRI) can also be maintained without polarization. society due to identity politics.

Enggarsito is also committed to continuing to oversee the 2024 Election so that it can truly become an honest and fair democratic party to show how healthy democracy is in Indonesia. Because in the process of the democratic party, it is actually the wish of the people in order to determine quality leaders from the continuity of the history of the Indonesian nation.

On the other hand, Chairman of the General Election Commission (KPU), Hasyim Asy’ari conveyed that information developments in the process of holding the 2024 elections to the wider community were important. The reason is how information can spread widely in society without hoaxes and the herding of opinions is also an effort to fight identity politics.

The holding of elections in 2024 is supposed to take place without the slightest hint of identity politics. The reason is that when identity politics is successfully resisted, the democratic party in Indonesia will be able to run more smoothly so that it must be supported by all elements of society.

)* The author is a contributor to the Cross Nusamedia Institute