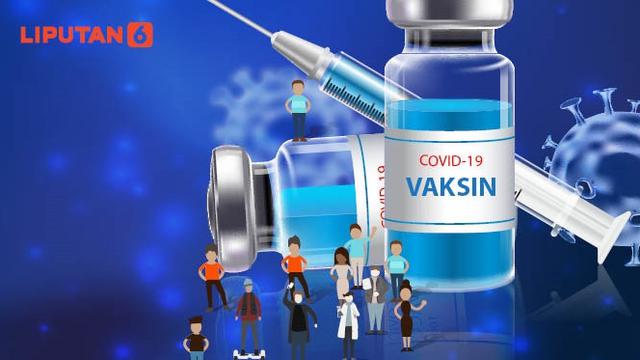 The community supports the vaccination program that is currently being intensified by the Government. The acceleration of this vaccination is expected to support controlling the spread of the Omicron variant which has now entered Indonesia.

The achievement of vaccination in 2021 to reduce the spread of Covid-19 is considered quite brilliant. The decline in cases continues to occur in various regions. In fact, the level of PPKM is now even more relaxed. However, the anxiety has not subsided, following a new finding called Omicron which is thought to have come from the African region.

The variant named Omicron is claimed to be a mutation of the previous virus. Symptoms, transmission to the impact that occurs many times more than before. Even though there are still few cases in Indonesia, it doesn’t hurt to be vigilant.

Reflecting from before, the Covid-19 virus initially also had a history of quite massive spread. So it can not be underestimated or underestimated. Moreover, the Omicron variant which has been confirmed by WHO is quite threatening.

Therefore, Tito Karnavian as the Minister of Health continues to appeal to the public to remain vigilant. For the sake of public safety, the government has banned events that have the potential for crowds such as parades to fireworks.

In this regard, Tito reminded the importance of herd immunity or group immunity in Indonesian society. This is because the body’s immunity to Covid-19 is also affected by the community’s immunity to the virus.

Tito stated that antibodies can be generated through two alternatives. Namely, Vaccination to natural infection. Both of these things will help the body recognize the composition of the virus that enters the body, so that it will be able to create an immune system against the virus.

He also added that vaccines are a gamechanger for handling COVID-19 in Indonesia. Therefore the immunity created in the community will prevent the transmission of the virus from spreading. Ideally, if the virus enters a person’s body, it is expected to be neutralized by antibodies before the virus is transmitted.

There are at least three types of vaccine-related development methods. The first way is a vaccine based on an inactivated virus. These vaccines are generally made from the process of breeding viruses with certain populations. before being injected. What’s interesting is, there are many perceptions that the virus is weakened. In fact, the truth is that the virus has been turned off, Tito added.

The second way is a type of vaccine with synthetic proteins. This variant of the vaccine contains protein S that has been modified so that it does not attach to cells in the human body. Generally, this type of virus is the most widely used in the archipelago.

The third type is a vaccine based on another virus which is declared harmless to the human body. To create group immunity, Tito said that it requires at least 70 percent or the equivalent of 208 million Indonesians. He also expressed his appreciation for the implementation of the vaccination that had taken place. The synergy between the central and regional governments is considered very good. This synergy is also the key to the success of the Vaccination program.

The new variant, called Omicron, did not take long to expand. However, if this Vaccination optimization can be the best way, it must continue to be pursued and supported. It is no longer the time to believe various hoax news. Those who say that vaccines are a conspiracy, a political tool, to accusations of the like.

Moreover, technology is now able to present real and true news, from trusted sources. So, there is no reason not to accept the vaccination. In addition to herd immunity and controlling virus transmission, several public services require that their visitors have been vaccinated.

This is of course also a tangible form of collaboration between elements in order to be able to successfully control COVID-19. Even with equal distribution of vaccinations for the sake of mutual safety. Moreover, now the vaccination program has penetrated to a minimum age of 6 years.

This means that this effort has touched all levels of society as a whole. The development of vaccines to pursue optimal suppression of the transmission rate of this virus is also considered very good. In fact, it doesn’t take long, the distance between the release of vaccines for adults and children.

Isn’t this a tangible manifestation of the government’s efforts that should be appreciated as well. So that community support for the success of the vaccination program is able to run smoothly. So, a virus called Omicron can be immediately tackled.

Supporting the Role of Millennials in Preventing Radicalism