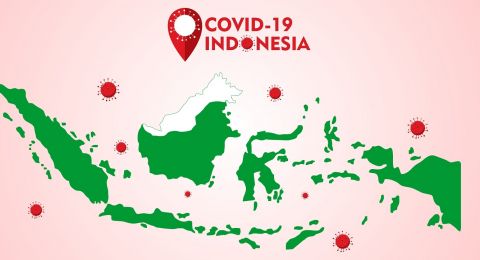 The government has implemented various ways to control Covid-19, starting from the imposition of leveled Community Activity Restrictions (PPKM), quarantine, to even distribution of vaccines. The community also supports the various efforts being carried out by the government for the recovery of the national economy.

The outbreak of the Covid-19 pandemic has devastated various sectors. Both from health itself, to the economic sector. At least, from the upper classes to the lower classes, the impact was hit. In fact, economic conditions had slumped to near death.

For about two years, Indonesia has struggled with a variant of the virus called Covid-19. The number of Corona expansion, which previously only had a few cases, turned out to be spreading so fast. Many people are exposed to full health facilities and shortage of medical personnel.

Not to mention the spike in numbers that continues to rise in various regions in Indonesia. However, the government’s response is considered quite good. The closures of entrances such as airports and other modes of transportation will be carried out immediately. The implementation of quarantine immediately after someone is tested positive also continues to be a priority.

The addition of the health fleet, drug doses to the provision of additional treatment rooms are also being sought. The impact extends to the economic system. The tourism sector stagnates until the state’s income decreases. Many MSMEs to large companies went bankrupt and went out of business.

Finally, the government took the initiative to provide stimulus funds. The existence of this stimulus is considered capable of blocking the difficulties experienced by the Indonesian people. Until now, the priority is the provision of vaccines for the formation of herd immunity.

Thankfully, this vaccine effort is showing significant results. The decline in the number of Covid-19 spreads has made people start to reorganize their lives. Moreover, the implementation of leveled PPKM contributed to real success. The good news is that the controlled Covid-19 is predicted to make the Indonesian economy reach 5 percent in 2022.

According to the Indonesian Center for Reform on Economics (CORE) Economic Research Institute, Indonesia stated that Indonesia’s economic growth in 2022 will increase by between 4 and 5 percent. This projection is claimed to be lower than the government’s projection. However, it’s still better than a curious projection of 3.6 to 4 percent in 2021.

Mohammad Faisal, who serves as the Executive Director of CORE, confirmed this. He assessed that the improving economic growth in 2022 was influenced by several things. The main thing is a good Covid-19 control effort. Although there are new variants that are considered still worrying.

He also explained that good control is able to make mobility in a recovery condition. The recovered mobility will certainly make the industry and economic activities able to survive. Especially if Indonesia does not repeat the emergency events related to Covid-19, when their Delta variant is around mid-2021.

Another factor that will influence the economic slowdown in 2022 is the issue of fuel. Where the government plans to remove the premium type of pertalite fuel. Another possibility that can affect economic growth is the price of LPG, electricity and BPJS health contributions soaring.

Faisal added that price increases could potentially erode people’s purchasing power. Which is considered to still dominate the GDP of the Republic of Indonesia. This is because household consumption is still considered the largest. In line with this, the inflation rate is projected to soar.
Moreover, if the price increase is done simultaneously. Faisal’s prediction is that inflation will double when prices rise simultaneously. Ideally, if inflation doubles but is not accompanied by a balanced income, people’s purchasing power will automatically fall. Not to mention the direction of a strict fiscal deficit in the coming year.

Despite the various challenges that come and go. Of course, the focus at this time is the recovery of the community’s most important condition. This is because conditions that are getting better will also improve the state of the national economy.

The assumption is that sectors that had previously been in suspended animation are slowly reopening. Economic activity is progressing gradually in line with the government’s efforts to control Covid-19. This increase in activity will later be able to boost the stability of people’s income. So, more or less people’s purchasing power returned to its place.

Therefore, all efforts that have been made by the government in at least the last two years should be fully supported. This is because good support and collaboration from the community and government are able to realize faster economic improvements. Moreover, if you look at the achievements during 2021 which still show hope. Now is the time to move forward and rise up to participate in the success of the government’s efforts to control Covid-19, especially with Omicron which is still troubling.