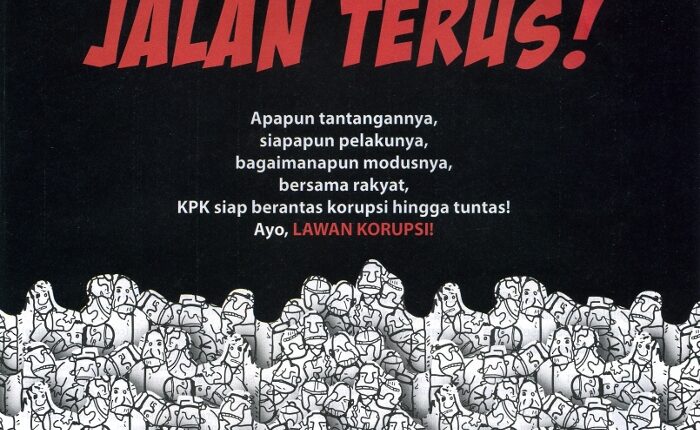 The Corruption Eradication Commission (KPK) is still working on and committed to eradicating all forms of corruption in Indonesia. Even though the employees have changed their status to ASN, the government has never limited their performance. The KPK can still be fierce in eradicating corruptors, so as not to take the state’s money arbitrarily.

Corruption is a thorny problem in Indonesia that has occurred not only since the New Order era, but has existed during the VOC colonial era. The KKN which is structured makes the people suffer, because the public facilities that are built are of reduced quality due to corrupt acts of corruption and eventually the building collapses easily. Therefore, the Corruption Eradication Commission is predicted to cut corruption in this country.

However, the public was very surprised when all KPK employees had to carry out a national insight test so that they could change their status to become ASN. When all of them become civil servants, will the KPK still have hajj? Because their job is to sniff out corruption in every institution, both private and state institutions.

The public thinks that it could be that KPK employees feel uncomfortable when they have to search other ministries or government agencies, because they are both civil servants. However, this allegation was directly denied by Indriyanto Seno Aj i, a member of the KPK Supervisory Board. According to him, the KPK Law states that corruption eradication is still allowed as usual.

So, there is no such thing as an attempt to make the KPK’s performance sluggish by making them all civil servants. K arena in the Law Commission, stated that the arrest operation the hand (OTT) is still allowed. So it is hoped that there will be no more persons who dare to take the state’s money secretly.

Moreover, President Jokowi emphasized that 75 KPK employees who did not pass the national insight test could not be fired, because there had to be other solutions. So, the allegation to overthrow the senior investigator is simply not true. Because they will receive coaching, not forced early retirement.

President Jokowi is still committed to creating an anti-corruption government and cutting down all fraud in this country. There is no gap for the corruptors at all, because they are like rats with ties that torment the people. By stealing taxes and state money, so that civilians suffer losses.

Imagine if the corruptors were still around, they would suck up the state’s money until it was finished. An example is corruption in the social assistance case, so that the rice and other staples provided are of poor quality. In fact, those who are given are the poor, so they should provide good and suitable basic food for consumption.

West Java Governor Ridwan Kamil stated that the KPK was not only cracking down on but also educating and preventing corruption through the government system. In a sense, isn’t it better to prevent than to cure? Therefore, giving material from the KPK to all mayors or regents is very important, so that they do not dare to be corrupted even if it is only 1,000 rupiah.

The combination between the prevention of corruption and the determination of the KPK’s commitment to continue cutting down KKN in Indonesia is a combo package . It means by these two things, it is hoped that no one else will dare to engage in corruption or nepotism and collusion. Because all cheating will have very fatal consequences, not only for the little people, but also for all Indonesian citizens.

The government’s commitment to eradicating corruption is strongly supported by the government. Even though they have been transferred to become state civil servants , it is still permissible to carry out a hands-off operation for any official caught cheating. All officials may be questioned by the KPK, if they detect something wrong. Therefore, let us support the KPK and no longer be consumed by hoaxes on social media.

Change of Status of KPK Employees to Strengthen Corruption Eradication