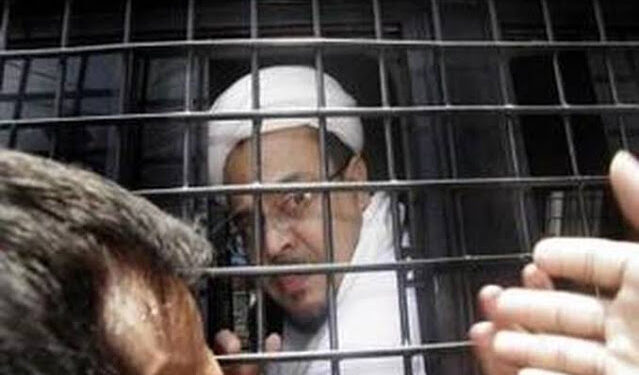 By: Firza Ahmad) *
When Rizieq’s pretrial is rejected by the judge, his case will be forwarded. He failed to escape punishment and was held accountable for his actions in prison. Rizieq is involved in various cases so that his investigation will continue.
Rizieq Shihab could only bite his fingers when his pretrial case was rejected flatly by a judge at the South Jakarta District Prosecutor’s Office. Sahyuti, the sole judge, argued that the police investigation was correct. Also complete with evidence and witnesses. So that the pretrial lawsuit is declared illogical.
When Rizieq’s pretrial is rejected, law enforcers will continue the case. Head of the Legal Division of Polda Metro Jaya Kombes Pol Hengky stated that the investigation process carried out against the suspect (Rizieq) by the Polda Metro Jaya investigators was continued in accordance with applicable legal provisions.
Kombes Pol Hengky explained, the sequel was by means of investigators submitting case files to the public prosecutor for investigation and holding a trial related to the subject matter of the case. Investigators will bring 3 case files, namely the crowd case in Petamburan and Megamendung, as well as a case in a private hospital in Bogor.
There are 3 files in Rizieq’s case, because he was proven to have violated the rules more than once. First, in the case of the crowd in Petamburan, he invited 10,000 people to come to his daughter’s wedding. Even though it is clear that it violates health protocols. He violated 2 articles at once, namely articles 160 and 216 of the Criminal Code with a 6-year sentence.
Second, Rizieq is the sole suspect in the crowd case in Megamendung. He lectured and made many people come, and there was no physical distancing. In this case, he was involved in Article 216 of the Criminal Code, Article 14 paragraph 1 and 2 of Law number 4 of 1984 concerning disease outbreaks. Also article 6 of 2018 concerning health quarantine.
Meanwhile, in the case of private hospitals, Rizeq violated Article 14 paragraph 1 and 2 concerning disease outbreaks. Also article 15 of Law number 1 of 1946 concerning criminal law regulations, as well as article 216.
The number of articles surrounding Rizieq automatically resulted in the judges rejecting the pretrial lawsuit. How can he ask for freedom, while breaking various rules? Indonesia is a country of law and as an Indonesian citizen he must be held accountable for his actions which repeatedly violate the law.
The community fully supports the police in investigating Rizieq’s case. They are already resentful of their pretentious behavior and are proud of their status. Yet as a speaker, he should have set a good example. But on the contrary, he actually influenced his congregation to violate health protocols.
Rizieq could not escape from the trap of the law because of his stubbornness, he transmitted corona to 80 of his congregation. They were infected with the covid-19 virus after attending events in Petamburan and Megamendung. So it is very natural for Rizieq to be punished for causing someone else to become seriously ill.
If only Rizieq Shihab obeyed the rules for self-quarantine 14 days after returning from abroad, it would be seen that he had contracted the corona or not. However, because he felt healthy, he became unkind and ended up causing many people to suffer. His arrogance ended in prison and he could only cry when he was responsible for his actions.
From the Rizieq case, the public felt that the government had done justice, by punishing him according to the existing articles. The punishment was deemed appropriate and he must learn to obey the regulations in Indonesia. Don’t just have a position and have lots of fans, then become arrogant and ignore the law.
The public fully supports the continuation of the investigation of Rizieq’s case, because in fact, he has been exposed to many articles from several cases. So that maybe the sentence will be increased and the fine is also increased. A public figure like Rizieq should not deliberately break the rules and harm many people.