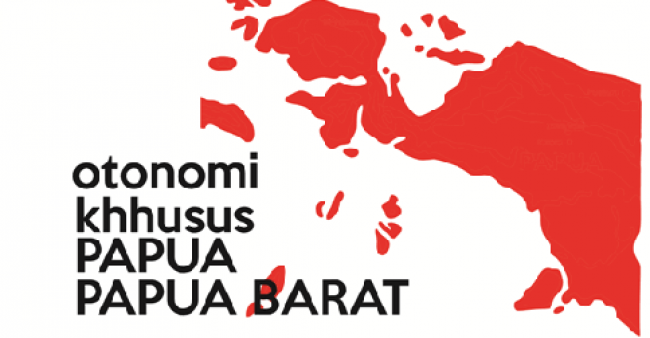 The government plans to extend Papua’s Otsus . The community also supports the sustainability of Papua’s Special Autonomy because it is considered capable of creating equitable development.

The existence of disbursement of funds through the Papua Special Autonomy (Otsus), Development in Cenderawasih Earth has felt its benefits for the community. Not only is the economy positively affected, but the social and cultural sectors are also participating. Head of Bappenas Performance Analysis Velix Wanggai mengungkapka n , infrastructure development undertaken by a cultural approach. This is because infrastructure has a social, economic and cultural role .

The existence of this infrastructure certainly facilitates the National logistics system. So that it can facilitate access between Papua and Outside Papua.

Velix Wanggai said infrastructure has social value, so that with the construction of markets, small towns in Papua will automatically become an arena for bringing together various ethnic groups in Papua.

He added, in regional or community economic development such as airports, ports, roads and others. He said, a cultural approach by adopting economic or commodity development.

Logically, infrastructure is considered capable of supporting economic centers which have an impact on reducing prices.

Prof. Imron explained that this was an achievement of Bappenas, namely its success in building infrastructure with a cultural approach or local wisdom.

The autonomy fund is concentrated on 4 strategic sectors based on the special autonomy law Number 21 of 2021 which is being revised.

Papua region of course is very wide, so in an effort to build infrastructure in Papua evenly require more effort than wilaah other provinces in Indonesia.

We hope that the Presidential Instruction and the revision of Law Number 21 of 2021 can develop Papua evenly and can make it easier for the people of the two provinces of Papua to enjoy this infrastructure development.

If infrastructure development is evenly distributed and closely supervised, both these facilities and infrastructure. Of course it will have an impact on the ease in moving goods, services and people.

Unity in Diversity (UID) held a Webinar Moya Discussions Group with the theme “Infrastructure Development for the Welfare of the Papuan People”.

The central government also has hinted strongly that the Autonomy Pap ua ajan extended 20 years, ie in the year 2022 to 2042. First Special Autonomy for completion in late 2021. The gesture was delivered by the President Joko Widodo, the Coordinating Minister for Politics Mahfud MD and Minister of the Interior (Home Affairs) Tito Karnavian when berkunj ung to Timika at the end of July.

Otsus Papua has proven to be able to bring prosperity to the Papuan people, this is evidenced by the ease with which 40 Papuan women attend the Kow ad education in Bandung.

In general, Otsus has had impacts such as increased education, improved infrastructure, health, which have been felt directly by the Papuan people. And now the employment path will be made easier so that it will reduce the unemployment rate in Papua / West Papua.

As the head of the Mansim tribe , he appealed to the public to support the plan to extend Otsus volume-2, in order to improve the welfare of all Papuan people.

Otsus Papua is a concrete form of the central government’s concern for the people in the Papua and West Papua regions. So that later the Papuan people can enjoy the benefits of infrastructure development that indirectly raises the economy in Papua.

) * The author is a Papuan student living in Yogyakarta.

Beware of the Covid-19 Cluster During Long Holidays

Job Creation Law Lawsuit Can Be Through The Court