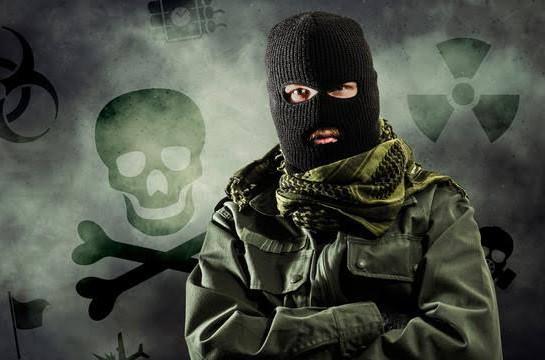 The State Intelligence Agency (BIN), TNI, Polri, and other security agencies are trying their best to prevent acts of terror during Ramadan. The community supports these various efforts, so that the comfort of worship is not disturbed by the brutal actions of radical groups.

Approaching the holy month of Ramadan, the Government continues to take security measures to create a peaceful Ramadan with various efforts to prevent acts of terror. With the presence of the holy month, of course all parties will hope that there will be no more various kinds of terror efforts that are able to spread fear to the wider community so that they are reluctant to carry out their activities.

Because not only tarnishing the sanctity of the month of Ramadan, but of course, acts of terrorism will also undermine the country and destroy the peace that has been created so far. Therefore, efforts to eradicate acts of terrorism continue. It was stated by Inspector General Pol Istiono as the Head of the Bangka Belitung Police that his staff will continue to increase their vigilance to be able to fight terrorism ahead of Ramadan.

Not only from the Police, but joint operations with the TNI and BIN will also be very helpful. Joint patrols must be carried out frequently in order to really be able to prevent acts of terrorism in any form. Several things can be done, namely by preventing the occurrence of crowds that are too massive, because apart from being still in a state of the Covid-19 pandemic, of course, crowds are the most easy targets for acts of terror. Then another thing that must be done is to continue to explore and increase vigilance in certain places which are currently considered to be very vulnerable to acts of terrorism.

This effort was carried out by carrying out various forms of security, ranging from places of worship, shopping centers to tourist attractions whose supervision and security continued to be improved. Furthermore, he stated that the entire community should not be complacent and assume that terrorist group attacks do not exist, all parties must continue to remain vigilant.

It can also be said that in fact Ramadan in 2021 was relatively safe, but that does not mean we can immediately assume that this year will be the same without being introspective and vigilant. The officers also continue to take precautions so that the threat of bombing or any attack that causes mass fear can be avoided, including one of the acts of indiscriminate sweeping that may be carried out by certain mass organizations.

The government will ensure that the smooth running of Muslim worship during Ramadan is actually carried out. Therefore, the stability and stability of security must continue to be strictly maintained. One concrete step as a form of preventing acts of terrorism has been carried out by the Anti-terror Detachment 88 which succeeded in arresting 6 terrorist members suspected of being involved in the ISIS organization on March 21, 2022.

It should also be conveyed that the current network of terrorism movements is not only open, but they also enter and provide various kinds of propaganda through social media. So not only in the real world, but their massive movement is carried out in cyberspace which is easily accessed by many people. Therefore, the community itself must continue to increase their vigilance, especially when digesting information that could be a hoax.

The sustainability of state security is not even the responsibility of the government and its ranks of apparatus, but it is our collective responsibility. Vigilance and a sense of nationalism must continue to be echoed in various ways, including through social media and other information technologies. Because the old strategy in preventing terrorism might be outdated if we don’t keep up with progress in the digital era like today.

The role of the public’s own vigilance can also greatly assist the government’s efforts. Because the public can immediately report if they encounter certain uploads that have the connotation of an invitation to terrorism or deviant teachings that lead to radicalism. These various kinds of suspicious things, when immediately reported by the public, will be handled much more quickly, perhaps even before they launch their actions.

Abdul Razak, Author is a contributor to the Press Circle and a Cikini student

The easing of Ramadan worship must be with strict Health Protocol