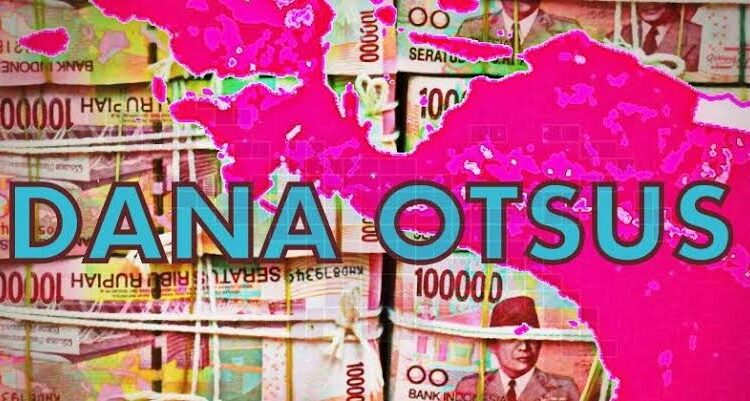 Special Autonomy (Otsus) for Papua has been proven to improve welfare in Papua, so it is hoped that the existence of Otsus volume II can improve the welfare of the community in general and catch up with underdevelopment in both Papua and West Papua, especially in education, health and infrastructure programs.

The existence of the Papua Special Autonomy can be a middle way to strengthen Papuan integration as well as a bridge to pursue peace and build prosperity in the Land of Papua. With this special autonomy, it certainly shows the commitment of the Indonesian government to the development of Papua.

Through Otsus, Papuans are also required to be regional heads based on Article 12 of 21/2001 concerning Special Autonomy for Papua Province, the Governor and Deputy Governor are obliged to be Papuan.

As the head of the Mansim tribe, he appealed to the public to support the plan to extend Otsus volume-2, in order to improve the welfare of all Papuan people.

According to him, this special autonomy will greatly support the community, especially since the allocation is clear for education, health and infrastructure.

Abdul said, there are several things that must be improved by the government, such as evenly distributed development to remote mountains, so that the economy is increasingly vibrant for the people.

He also ordered the government to be more transparent in the distribution of special autonomy funds. So that in the future the public will not talk about referendum issues or leave the framework of the Republic of Indonesia which is only done by a handful of people.

With the special autonomy fund which reaches 94.24 trillion, of course it will provide opportunities for Papuan youths who have the potential and opportunities to get education and skills that are in accordance with the talent fields they are interested in.

Director of Public Policy Institute (PPI) Sujono HS said the youth of Papua and West Papua have the potential to develop the economy in eastern Indonesia. The President’s special staff, Billy Mambrasar, agreed with this statement.

The young Papuan entrepreneur said that the education allocation for the Papua Special Autonomy fund could develop the competence of millennials. So they can explore their own abilities.

Billy said, many things can be developed in this paradise. He also emphasized that it is time for millennials in Papua to prove their potential, especially in the field of entrepreneurship.

On a different occasion, West Papua Governor Dominggus Mandacan stated that the special autonomy policy and program launched by the central government for the land of Papua was quite successful.

He said, in the field of education, quite a lot of Papuan sons and daughters go to school and study with financial assistance through special autonomy funds, both at home and abroad. Meanwhile, in the health sector, the special autonomy fund is beneficial for improving services both in cities and in remote, remote areas.

Through the special autonomy system, the government can also build infrastructure such as roads, bridges, and other facilities and infrastructure, including empowerment programs for indigenous Papuans.

He also invited the community to support the volume 2 of the Special Autonomy program which will be continued in 2022. West Papua of course still needs the special autonomy policy to support the acceleration of development in various sectors.

Dominggus also hopes that the central government can give greater authority to regions in the management of human resources (HR) and natural resources (SDA).

Special Autonomy is important for the development of Papua and West Papua, with the existence of Otsus volume 2, it is hoped that development acceleration will occur in the easternmost region of Indonesia.

)* The author is a citizen living in Yogyakarta

KAMI existence is a new problem amid the Covid-19 pandemic

Supporting the Acceleration of Economic Recovery during the Covid-19 Pandemic