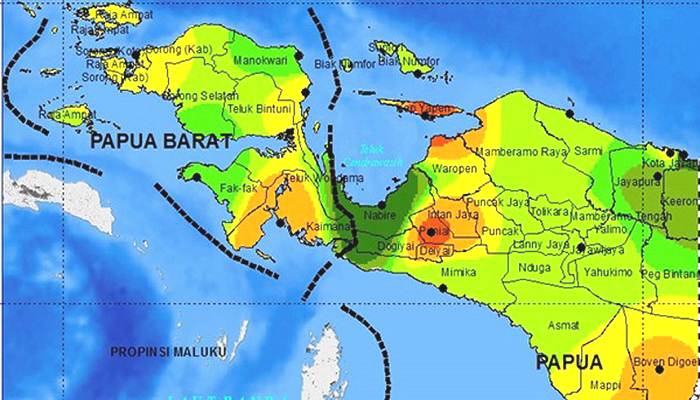 The Papua Special Autonomy Policy (Otsus) is a meeting point to strengthen integration in the Papua region as well as to build the welfare of the people on Earth of Cenderawasih.

In fact, the policies implemented in accordance with Law Number 21 of 2001 have provided many benefits. Where during the 20 years of implementation, the amount of special autonomy funds for Papua reached Rp. 126.9 trillion. The funds will be focused as much as 30 for the education sector and 15 percent for the health and nutrition sector. The amount of the special autonomy fund shows the government’s commitment to the development of Papua.

Through Otsus, the role of the Papuan people in development is also prioritized based on article 12 of Law Number 21 of 2001, the Governor and Deputy Governor of Papua must be indigenous Papuans (OAP).

Chairman of the DPRD Maybrat Ferdinando Solossa explained, from the start, the presence of the Papua Special Autonomy was a demand for Papuans who felt left behind from various aspects. According to him, in the 20 years period until now, the presence of Otsus has provided enormous benefits.

He explained that the special autonomy budget disbursed by the central government from 2000 to 2020, in terms of the amount of funds continued to increase, was also focused on four priority programs. For example, aspects of education, health, infrastructure to community economic empowerment. This is proof that the central government’s attention to Papua is so great.

Currently the special autonomy extension is stipulated in a law which will be discussed by the government and the DPR. The volume 2 of the Special Autonomy Law has been included in the national legislation program.

On different occasions, a number of Papuan student activists came to the Ministry of Home Affairs building in Jakarta last Tuesday. Their arrival aims to hold a hearing related to support for the Papua Special Autonomy Policy Volume 2.

The audience was received directly by the Director General of Politics and Law of the Ministry of Home Affairs, represented by Mr. Budi Arwan as the Head of Sub-Directorate for Papua and West Papua) and Miky Gobay from Papua who is a staff of the Directorate General of Political and Legal Affairs at the Ministry of Home Affairs.

Papuan activist Jefri Papare said that he came to the Ministry of Home Affairs to support the special autonomy policy volume 2. The reason is that in the Otsus policy there are priority aspects for the development of Papua and West Papua, including social welfare, health and infrastructure.

However, Jefri emphasized that the implementation of the Otsus policy must be closely monitored. One of them is related to data on Otsus scholarship recipients in order to improve Human Resources (SDM) in Papua.

In terms of education, the central and local governments must have a database regarding the number of students who receive scholarships based on ostus funds, and do not rely on one district, but must be evenly distributed.

Meanwhile, one of the student representatives from Bandung, Alfinides Pohowain, said that the Papua Special Autonomy Policy Volume 2 must be fully supported by the Papuan people. However, in its implementation, supervision is still needed.

This is because there are so many irresponsible people who blame the Papua Special Autonomy Fund. This is proven by the fact that the tuition fees from the Special Autonomy budget are always late in receiving students from Papua.

He said that in Papua there are many Otsus mafia, therefore the step is to audit, his party focuses more on the local government that Papua has tuition fees from the Otsus budget which are always late, this seems to be a serious obstacle. The government must focus on making Papuan students an asset for the future.

Imanuel Yenu as Plt. The West Papua Red and White Movement, said the presence of Otsus for 20 years since the enactment of law No. 21 of 2001, aims to uplift the dignity of indigenous Papuans.

After the special autonomy, Yenu said that development in the Land of Papua was so rapid both in Papua and West Papua Provinces.

The presence of Otsus also makes it easier for regions to regulate policies for regional heads who are indigenous Papuans, cultural institutions such as the Papuan People’s Council and the DPR from the appointment mechanism.

Special Autonomy for Papua Volume 2 of course must continue by continuing to make improvements to the system, so that if there is a deficiency, of course it can be evaluated so that the existence of Otsus can be enjoyed by the people of Papua and West Papua more thoroughly.