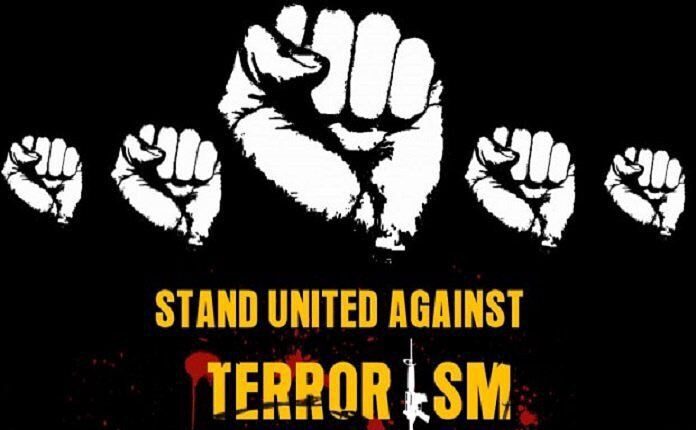 Supporting the Arrest of Former FPI Leader Involved in Terrorists

By: Firza Ahmad) *
A number of former FPI leaders are suspected of being involved in terrorism cases. The community supports Densus 88 and all members of the police to uncover this case. The goal is that the suspects are caught, and terrorism will completely disappear from Indonesia.
Indonesia is a country that is still prone to being disturbed by terrorist groups. They think evil by thinking that strangers are enemies and people of other faiths may be hurt. In addition, they also insisted on forming a khilafiyah state. Even though we live in a pluralist country, so radicalism and terrorism cannot be applied.
One of the mass organizations that often herald a khilafiyah state is FPI. In addition, they are proven to have members who are affiliated with terrorists. The investigation was carried out with care, lest the leader also became a terrorist kingpin. So they have to be accountable for their actions, because terrorism cannot be accepted in Indonesia.
The former FPI officer who is suspected of being a terrorist is Munarman. Fikri Oktaviadi, a terrorism suspect who was arrested by the Anti-terror Special Detachment 88 in Makassar, admitted that when he was embraced by ISIS, Munarman also attended the event. Apart from Munarman, there were also other FPI sympathizers who came to the initiation, 2015.
Husin Alwi, Chairman of Cyber ​​Indonesia, stated that Munarman, who used to be the Secretary of the FPI, was hiding information about terrorist activities. He could be subject to article 13 letter C of the Terrorism Law. He could be declared a suspect, for supporting terrorism and not reporting to the authorities for attending a prohibited event.
A terrorism suspect is not only arrested for making bombs or planning attacks. However, when he hid terrorists and kept information about ISIS secret, such as Munarman, Densus 88 could arrest him. Because they both were guilty of supporting acts of terrorism.
Apart from Munarman, another FPI member involved in terrorism is Abu Fahry. He came from FPI in Lamongan and was also sworn in by ISIS, just like Fikri Oktavady. There were also dozens of other members who were arrested by Densus 88 because of terrorism cases in various regions in Indonesia.
The public supports the investigation of the Munarman terrorism case and other FPI officials, because they are fed up with their excessive behavior. Munarman always blamed the government and protested against the various existing regulations. When he is proven to have attended the initiation of terrorism, can he be suspected of being the mastermind behind terrorism in Indonesia?
Moreover, the public has linked it to Rizieq Shihab’s video openly supporting ISIS. The short video was widely shared on social media, and became another clue that FPI is affiliated with ISIS. Moreover, they both want to make a khilafiyah state, so that they are categorized as separatist and terrorist groups.
Terrorism must be eradicated because they always use violence to achieve their goals. Imagine the awesomeness of the Bali bombing in 2002. The casualties in the tragic incident were not only from visitors, but from Indonesian citizens who worked there. The terrorists didn’t think that far and were guilty of murdering so many people.
Therefore, terrorists must be punished and accountable for their actions. The goal is to create peace in Indonesia. Do not let this country be damaged by the actions of members of radical and terrorist groups, who threaten with bombs and various other attacks. So that Indonesia becomes a terrorist emergency.
The public fully supports the investigation of cases of former FPI officials who are suspected of being terrorists. Because they attended the ISIS nursery and didn’t feel guilty at all. Even though ISIS is a banned organization, and how did their members get to Indonesia? When FPI disbanded, its management had to be investigated, because they were involved in terrorism cases.
) * The author is a citizen living in Depok