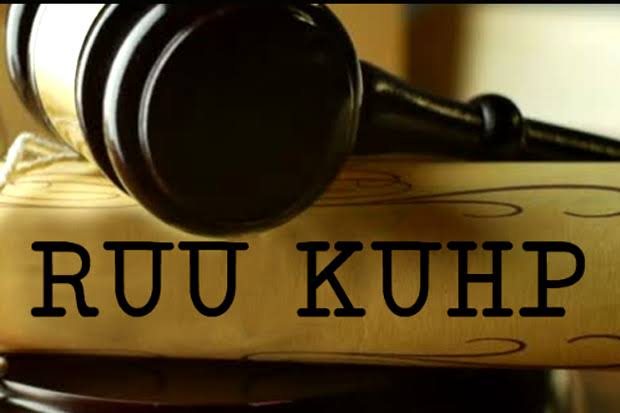 The Criminal Code Bill is currently getting attention because it includes articles on insulting the president. The community really supports him because a head of state certainly should not be insulted by his own people . If he is sane, then he will respect the President because the President is the people’s choice.

Since the 2014 presidential election ended, there is still the smell of hostility from the two supporters. This is a bit strange because both candidate pairs are currently doing well, but the fanatical fans of one side still don’t accept it. Finally, to express their frustration, they strongly criticize every government policy and even dare to make a play or meme with President Jokowi’s photo/news material.

This meme is very different from the Karika Tour in the newspapers, because it is a photo edit made in such a way, with the intention of ‘putting down’ someone. How can an Indonesian citizen even make a meme by editing the President’s face in such a way that it becomes the subject of ridicule? Even though President Jokowi has been silent all this time, it is the people around him who cannot accept it.

Therefore, a sentence of 3 years and 6 months is considered appropriate for a naughty person who is determined to insult the President, either through photo editing or other media. Because they really have to be ‘jewered’ to remember that maintaining the dignity of the President is an obligation for every Indonesian citizen, regardless of political choice and affiliation.

The punishment for these naughty people is intended as a deterrent effect, because they have been harassing the President and his deputy for too long in cyberspace, making jokes, anecdotes, etc. How can they empathize? Even if the President is attacked, even though his duty to lead the country is so heavy.

If someone insults the President, it becomes a psychological pressure. Even though President Jokowi remains calm, as the people of Indonesia we need to support him, so that he has positive emotions. So it will lead Indonesia brilliantly.

Minister of Law and Human Rights Yasonna Laoly stated that the article on insulting the president of the Criminal Code Bill was made so that Indonesia would not become a liberal country. Unlike what was decided by the Constitutional Court, our country can become very liberal if we let the article on insulting the president not be included in the Draft Criminal Code.

In a sense, Indonesia is a democratic country and not a liberal like the United States. Democracy means that you can have an opinion but must comply with existing norms and rules. Because if you go too far, it will be very dangerous, because they will attack each other and cross the line of politeness.

Imagine if everyone could make memes, edit photos, or hoaxes about the President and his deputy, what would this country be like? Even a president with such a high position was insulted, let alone a commoner? If there is no warning via an insulting article in the Draft Criminal Code, then everyone can carry out attacks on electronic media and cyberspace.

If the virtual world is poisoned with negative things like memes, then the climate will be negative and Indonesian netizens are considered very vicious. For being too reckless when insulting the president himself. This will affect the world of international trade, and investors may withdraw their money, for fear of dealing with Indonesians who are considered uncivilized.

Therefore , every Indonesian citizen is obliged to support the article on insulting the president in the Draft Criminal Code. This article is not to bind freedom in Indonesia, but instead regulates them not to go too far. We are of course obliged to maintain ethics and behavior, and must not step on the dignity of the President.

The article on insulting the president is meant as a way to control, so that no one acts rude, by making pictures or plays about the President and his deputy. Because the position of the leader must be respected and should not be trampled on by rogue elements. The public fully supports this article, because they do not want their beloved President to be insulted.

)* The author is a citizen living in Sumedang