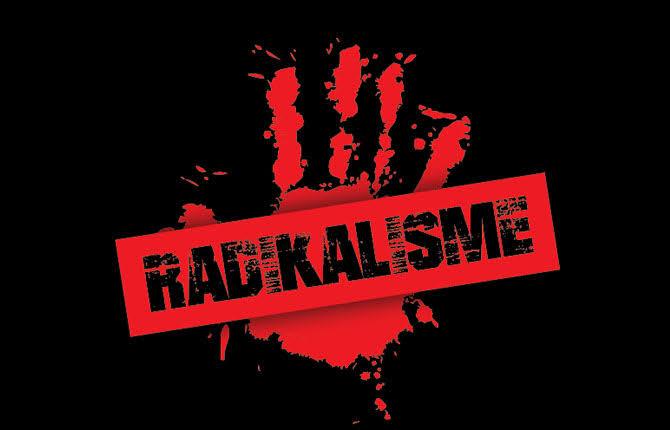 Supporting the Government to Eradicate Radicalism

The community fully supports the government in stemming the spread of radicalism. In addition to threatening Pancasila, radicalism is prone to triggering conflicts that can destroy the integrity of the nation.

The emergence of a radical movement based on religious understanding was motivated by a vision to make Islamic law the basis of the Indonesian state. Although this was done by a group of Muslims, of course it cannot be used as an excuse to make Islam a source of radicalism.

Radical movements do not only exist in Indonesia, but also in other countries. Most radical movements emerged in response to the hegemony of the United States. So far, we know that there are two largest radical forces facing the United States and its allies, namely Al-Qaeda which was founded by Osama bin Laden, and ISIS founded by Abu Bakr Al-Baghdadi with its headquarters in Iraq and Syria.

What should be observed from the existence of the two radical movements is that they do not stand alone, but are transnational. We still remember how ISIS at the beginning of its formation called on Jihadists around the world to come and fight with ISIS in Iraq and Syria.

One of the crucial issues faced by Indonesia in early 2020 related to radicalism was the plan to return ex-WNI members of ISIS to Indonesia. Data from the International Red Cross and CIA states that there are 689 Indonesian citizens with the status of Foreign Terrorist Fighters (FTF). While about 1,800 other people have not been identified.

In response to this, the government has taken up the handling of radicalization which requires cross-ministerial roles. Efforts made by the government are sweeping the mosque environment and screening the TNI, Polri and ASN, of course by using instruments that can be accounted for ethically and scientifically.

In addition, the use of Internet media also makes it easier for people to access any kind of information. So that the strengthening of digital literacy is one of the concrete efforts to prevent the spread of radicalism.

This has been done by the Ministry of Communication and Information (Kominfo) which has invited the millennial generation in South Bengkulu Regency, to increase their understanding of digital literacy in order to ward off terrorism, radicalism and separatism movements that can threaten the integrity of the Republic of Indonesia.

Mahfud said dozens of inmates who are languishing in prisons with strict supervision for high-risk inmates on Nusakambangan Island, Cilacap have pledged allegiance to the state. Deradicalization efforts can be carried out by involving community leaders in a persuasive way and promoting a cultural approach. Don’t let deradicalization be done by shouting. Because what should be done is to explore the problem, identify the root, then find the right solution through deliberation.

Indonesian Vice President Ma’ruf Amin once said that the deradicalization of Indonesian citizens who had joined networks of radical groups was not an easy practice. If someone is radical and commits an act that violates the law, it can be brought to justice. If what they do are ideological actions, then this can be countered by using discourse.

The issue of radicalism is of course a separate concern. We must continue to support the concrete efforts made by the government, so that Indonesia can become a country that is safe from all dangerous ideas.

)* The author is a citizen living in Bandung