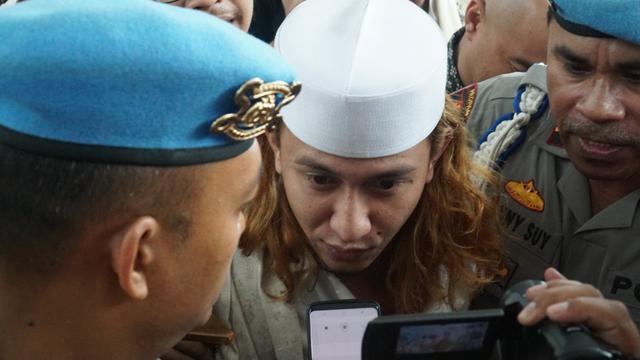 The public supports the legal process against the controversial religious figure Bahar bin Smith, which often triggers turmoil in society. Bahar’s actions so far have only caused noise and do not reflect the shady religious figures who teach kindness to the people.

The existence of controversial religious leader Bahar bin Smith often causes chaos in society. This is evident from the viral video of Bahar’s lecture cursing the government while inviting the audience to follow his lead. In fact, as a religious leader, he should not have done this embarrassing thing because it would have a long tail and he would be caught in another case.

Bahar bin Smith offended many people in his videos, from heads of state to officials. The public was immediately offended because he was presumptuous of insulting President Jokowi. In addition, he criticized Army Chief of Staff General Dudung Abdurrachman openly.

Bahar bin Smith’s lecture in video format could bring him back to prison and it seems as if he did not give up on going back to prison, or even missed the situation in prison. Bahar’s arrogance seems to show that he feels above the law and is confident that he will not be arrested. The proof is that when he received a warrant for the start of the investigation, he admitted that he did not feel guilty.

The public fully supports the legal process against Bahar bin Smith because he has acted impudently in his lectures, even mentioning harsh words and offending an RI-1. As an Indonesian citizen, it is not appropriate for him to say things like that, especially in front of many people.

Is Bahar bin Smith not ashamed to say things that are inappropriate to say as someone who (claims to be) a religious leader? Many people were furious because he always carried the appendage of a ‘lecturer’ when in fact he was only a religious leader who had been in prison for persecuting his students.

Didn’t the Prophet Muhammad himself say that ‘speak well or be silent?’ If Bahar bin Smith can’t keep his word and instead boasts of his arrogance, should he be called a preacher? It’s really sad because he himself distorted the facts.

The punishment for that long is considered appropriate by the community because no one should be provoked by his lecture, even though what he said could ignite the fire of hostility. Imagine if those who were provoked could reach 1 village, there would be a mass brawl because there are those who are pro Bahar and some are against it.

Therefore, it is appropriate that Bahar bin Smith should be arrested immediately because he does not let him ramble again and spread hatred in the community. His incitement can destroy peace and destroy the social order that has been neat and calm.

If Bahar bin Smith has been arrested then no one will defend him or even gang up on the police station. Let him account for his actions and don’t want to be invited to be Bahar’s shield, with the lure of some money.

The public fully supports the arrest and legal process against Bahar bin Smith because he has indeed been presumptuous, by insulting the head of state and criticizing officials. Whereas what is said is only slander and bad prejudice, and is not based on the existing reality. Bahar bin Smith must be willing to languish and feel the cold of the prison walls so that he can no longer incite many people.

Supporting the Strategy for Peaceful Efforts for Handling Papua