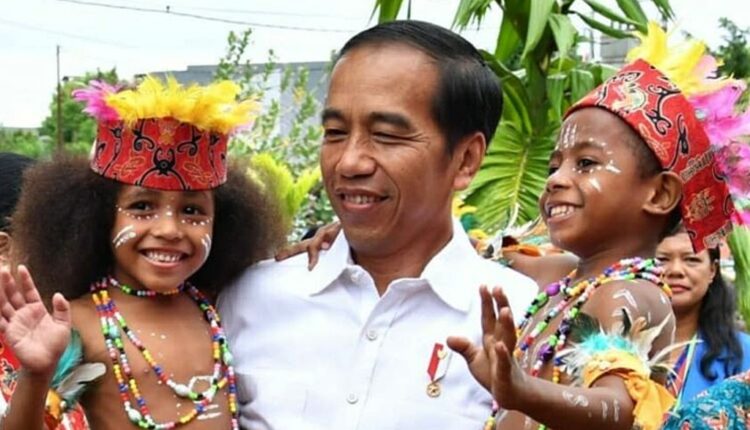 Supporting the Strategy for Peaceful Efforts for Handling Papua

The community from academics and religious leaders supports the strategy of peaceful efforts to deal with Papua. Improvements to the concept include changing the tagline of operating in Papua to being active in Papua.

In its implementation, efforts to approach security in Papua have indeed received a lot of attention. Papua, the easternmost region rich in natural resources, does require special handling. If previously, it was reported related to the recovery of the economic sector, now the security condition is the next concern.

In a meeting held at the Kodam/Cendrawasih Headquarters, TNI Commander General Andika Perkasa held discussions with a small team of religious leaders in Papua. Including academics from Cendrawasih University.

In the event discussed about peace efforts. Andika stated that he had changed the tagline from operating in Papua to being active in the region. He also added that he had made a number of internal changes in the TNI to carry out its duties to protect the Earth of Cenderawasih.

In the process, the TNI Commander will communicate all inputs from religious leaders to university academics, to officials and state officials in the capital. For him, the meeting provided new information for the TNI. In order to harmonize efforts for solving problems in the Papua region.

In line with this, Professor of Law at Cenderawasih University. Namely, Prof. Melkhias Betharia said that the issue that must be resolved in Papua is the issue of human rights violations. Where this is enough to hinder development in the region. According to him, violations of Human Rights or Human Rights create a crystallization of the Free Papua ideology.

Agreeing with this, the Chancellor of the University of Cenderawasih, namely Apolo Safani, stated that his party and religious leaders would help and provide solutions for conflict resolution in the Papua region.

The issue of human rights violations has actually existed for a long time. It’s just that certain irresponsible parties want to make things worse. Terrors, provocations to anarchic actions were carried out to attract sympathizers. So, this kind of left wing will easily get what he wants. Namely, separating themselves from the Republic of Indonesia and liberating Papua.

In fact, these individuals allegedly have other goals, even ridden by vicious purposes for the sake of profit. Moreover, the problem was complicated and brought to the international eye. However, I am grateful that the government apparatus, TNI-Polri and all elements of society are able to defend Papua well.

Therefore, keeping this effort in mind, the following plans should be fully supported. Moreover, religious leaders in Papua, as well as university academics showed good enthusiasm. They are well aware that the peace of Papua is a shared responsibility. Thus, there is no other way but to unite and find solutions to resolve these various conflicts.

At first glance, development in the Papua region has also been reported to have progressed quite rapidly. The construction of public infrastructure such as toll roads, highway bridges to the opening of roads for better access can be carried out. In fact, the economy which had slumped due to the onslaught of the pandemic is also reported to be gradually improving.

Although it doesn’t always run smoothly because it leaves several obstacles, this achievement is said to be quite perfect. Collaboration between elements of society is in fact still a key weapon in realizing the noble ideals that are predicted by the state.

Ideally, if other regions of Indonesia are able to develop and rise, why not Papua? Even though there is a lot of potential that can be explored and boosted for mutual progress. Moreover, the easternmost region bordering this neighboring country has extraordinary value.

So, if governance is maximized, security conditions are guaranteed, development is carried out in a balanced way, it is not impossible that Papua will be born like a dazzling diamond.

Therefore, the efforts or plans that will be carried out must be fully supported. Must be monitored, encouraged until implementation is in line with expectations.

Especially if it is not the cooperation of all parties. Not only the government, the TNI-Polri, religious leaders, academics but also the community must join hands. Self-aware because this peace is a common goal, which is needed for a better, sustainable life which will be passed on to posterity. How proud, if these noble goals are realized in a plenary.