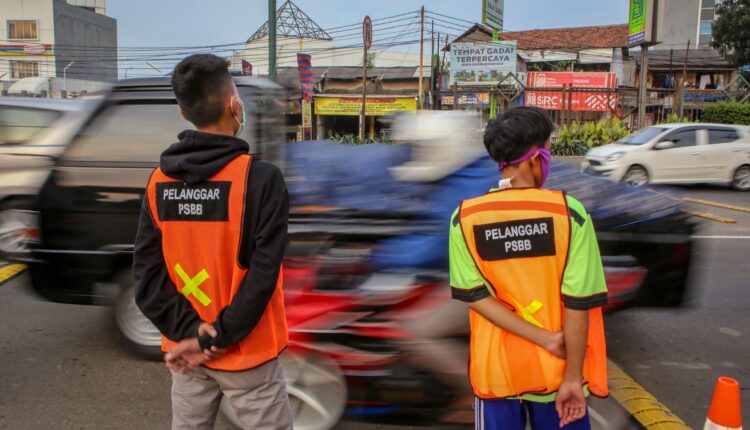 There is no doubt that it was Rizieq Shihab who caused the crowd, various crowds that caused health protocol violations to occur at Soekarno Hatta Airport, Petamburan, Tebet to megamendung. Masyar a kat also supports thorough investigation of cases of violation Prokes it.

Rizieq’s presence always creates mass concentration. The entire crowd was due to the enthusiasm of the masses to see the figure of Rizieq Shihab who finally returned to Indonesia.

The objective reason is that Rizieq as a suspect was threatened with a sentence of more than 5 years in prison.

Meanwhile, the subjective reasons are not to run away, not to lose evidence and not to repeat their actions, and also to facilitate investigation.

Kombes Heru Novianto as the former Central Jakarta Police Chief, told the chronology of the closure of Jalan KS Tubun due to plans for the wedding of Rizieq Shihab’s daughter in November 2020.

This information was conveyed during the witness examination hearing presented by the public prosecutor (JPU) at the East Jakarta District Court.

Initially, in the morning, the tent had been installed but the road was still open. But by the time the afternoon approached 4:00 p.m., at 5:00 p.m., there were already a lot of people.

Suddenly the road was closed from end to end for activities, maulid plans and plans for the defendant’s child marriage.

Heru continued, the road was closed with chairs and cars from end to end, so that the road access was impassable.

He could not confirm who blocked the road, including whether they were members of the Islamic Defenders Front (FPI), the mass organization that Rizieq was protecting at that time.

His party received a report that in the field, who blocked the access road wearing white shirts, we could not confirm whether it was from FPI or not.

In the Petamburan case, Rizieq was accused of inciting his followers at the wedding of his fourth daughter which was accompanied by the commemoration of the Prophet Muhammad’s birthday on November 14, 2020.

The event, which was attended by about 10,000 people, caused a crowd. In fact, the government at that time was implementing large-scale social restrictions (PSBB) to suppress the transmission of Covid-19.

For this activity, the Director of General Action (DIRTIPIDUM) Bareskrim Polri Brigadier General Andi Rian Djajadi said that Rizieq is currently the sole suspect because the activity does not have a committee structure.

The violations referred to, among others, were related to the number of participants that reached 3000 people. Then the implementation time was also considered violating because it lasted 14 hours .

In the case title, the investigators considered that the activity was considered to be an obstacle to the prevention of the epidemic. Moreover, at that time large-scale social restrictions were still ongoing.

The Director of the General Criminal Investigation (Direskrimum) of the West Java Regional Police, Kombes CH Patoppoi, said that investigators had decided that an alleged criminal incident had been found, that efforts were to prevent the prevention of the epidemic, and the administration of health quarantine as referred to in article 14 paragraphs 1 and 2 of the Law. 4 of 1984 concerning the prevention of infectious diseases.

Meanwhile, the Regent of Bogor, Ade Yasin, admitted that he was not aware of any event attended by Rizieq Shihab in his area. Because the organizers did not apply for a permit from the Bo Gor district government .

Ade admitted that at that time there was no notification, so his party could not give any permission either, the letter we officially replied to did not exist. What they know is only Rizieq Shihab’s return.

Rizieq Shihab’s return to Indonesia has caused the crowd to run out of control, an event that did not get this permit certainly deserves to be accounted for at the court table.