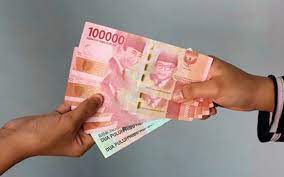 The Indonesian government will again distribute Social Assistance ( Bansos ) to people most affected by the Covid-19 pandemic . That funds bansos right target , then of course only the necessary synergy between the institutions or agencies related to and among the public , to jointly oversee the strict inco l urannya , in order to avoid from abuses that harm people and the government .

President Jokowi has announced the Implementation of Emergency Community Activity Restrictions (PPKM) from 3 to 20 July 2021. This policy will of course have an impact in several sectors . However the government to quickly take the decision to re- distribute , even accelerate Help Social Cash (BST) for the people most affected by the pandemic Covid-19.

Plt . Spokesperson Talking Commission Eradication Corruption (KPK) Ipi Maryati Kuding remind , that the government still emphasizes the principles of transparency and accountability in the distribution of BST , so it can be more precisely targeted .

Related Data for channeling da t a bansos , Kemensos as far as it has been doing a number of steps repair . This is in accordance with the recommendation of a study from the KPK . However , the distribution of BST has the risk of irregularities which is lower than the social aid in the form of Natura or assistance social non -cash .

Indications of irregularities BST also prone to occur associated with a data receiver aid , where the Commission found the issue a major in the implementation of social aid is the accuracy of the data recipient of aid , which includes the quality of the data receiver help , the transparency of data, and updating data.

The Commission will continue to monitor the process of channeling Help sosisal Cash (BST) Cpvod-19, and look forward to the future does not exist anymore deviation or gap acts of criminal corruption related bansos Covid-19. B Ansos of government must be precisely targeted and really can feel the benefits by people who require .

Agree with the Commission, the Chairman of Faction PAN Parliament Saleh Partaonan Daulay say that bansos cash would be more effective . Because if it is given in cash , there will be minimal abuse . Moreover, the money was immediately inserted into account the community .

Data on beneficiaries of social assistance can be accessed through the official website of the Ministry of Social Affairs https://cekbansos.kemensos.go.id . With the existence of the data officially were published , can reduce the potential for error data. Society also can directly report to the parties who authorities if there are errors or shortcomings data.

Social Minister Risma said that the distribution of this aid would not interfere with the Ministry of Social’s budget . Because there is an additional budget from the government for two months , which is the month of May and June amounted to Rp 2.3 trillion .

To note , BST is channeled for the months of May and June , after previously stopping in April. Minister Risma also explained , the amount of BST that will be given is worth 300 thousand per month . BST is distributed to residents at the beginning of every month . Special on -month in May and June will be given once worth Rp600 thousand . Minister Risma ask that bansos who received citizen only to meet the needs of the basic course .

The technical distribution of BST will be through the post office . While for BPNT and CCT will be routed through the network Himpuan Banks State ( Himbara ).

Minister Coordinator of Sector Development of Man and Culture ( Menko PMK) Muhadjir Effendy ask that people join a role in the distribution of social aid . It is able to do with a can do with overseeing the same time controlling the distribution of social aid that is received by the citizens . Control of this example can be done one of them with memampang the names of people who already receive Bansos in the office of the village .

Supervisors a n related funds bansos is indeed the best is the control of social which made public . Society can work together to b ogether together oversee the distribution of funds bansos that te r aversion of acts of abuse by the parties are not held accountable . Efforts to accelerate assistance by the government ‘s , is expected to help the community during the period of the pandemic Covid-19, especially at the moment undergoing PPKM micro and PPKM emergency . (**)

Steps to Overcome Covid-19 Mutations, Here’s What You Need to Do

The implementation of PON XX Papua remains on schedule