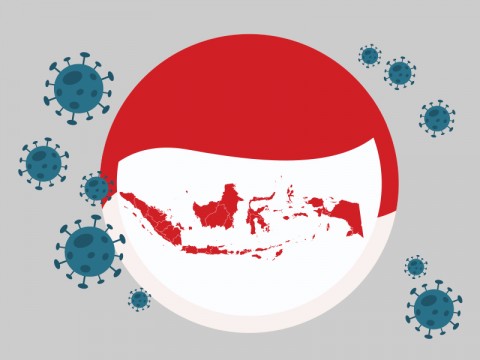 Niken said, the results of a survey conducted by CEO Magazine that analyzed 80 countries in the world. Shows the ranking of Indonesia which ranks fourth best after Singapore, Britain and Poland in handling Covid-19.

This shows that Indonesia is one of the countries that are considered good for investment purposes.

Presidential Chief of Staff Moeldoko said the government would have difficulty facing the Covid-19 pandemic without the active involvement of the community in accordance with their respective capacities.

Therefore, he appreciates all the movements initiated by the community which aims to support and encourage citizens to be actively involved in efforts to fight co-19.

Moeldoko also appreciated the literacy activists in various regions who welcomed when invited to the movement of 10 safe houses.

The 10 Safe Houses Program is filled with the Presidential Staff Office and is currently growing in various regions. In Madiun, East Java, the program was driven by Tatok Raya, a resident of Taman Kelurahan, Madiun, who routinely distributed free food to co-19 affected communities.

While Madiun Free Restaurant (RMG) distributes cooked food to his fellow people, which is expected to reduce the social and economic pressure of the people affected by the co-19 pandemic.

Tatok said that his party has a commitment to make the surrounding environment remain co-19 green zone. All recommendations in the health protocol are implemented by residents. Everyone understood their positions and tasks.

Besides in the park, social movements are also promoted by RMG Madiun East Java. On normal days, this place only operates on Mondays and Thursdays and is always crowded with people from all walks of life starting from pedicab drivers, online motorbike taxi, students, students and factory employees.

Field Coordinator of the RMG Madiun Ardiyan Agung Nugroho said, Free food distribution was actually a regular program of the RMG Madiun. But with the covid-19, the RMG Madiun function is increasingly optimized. So that if there is a community affected by co-19, it will prepare rice complete with side dishes every day.

During Ramadan, RMG Madiun has distributed as many as 300 to 350 packets of rice packages per day. The food is usually intended as a menu to break the fast by the community.

The government’s decision not to implement a lockdown and replace it with a PSBB is considered the right decision. The reason, the policy is still logical, considering that the handling is quite controlled.

Of course we don’t need to address Corona with excessive panic. Because counter-productive reactions actually hinder the government’s efforts to combat the spread of the virus.

Do not let any person who actually uses the corona pandemic disaster to cause public unrest. That will only make the government’s efforts in fighting the corona virus have no effect.

To anticipate various possibilities due to co-19 in Indonesia, the government has set a budget of Rp 405.1 trillion.

Therefore it is fitting for us to be grateful with this good news, the struggle against corona is not only the struggle carried out by the government, task force or medical personnel, but the struggle of all of us to look after one another and care for one another.