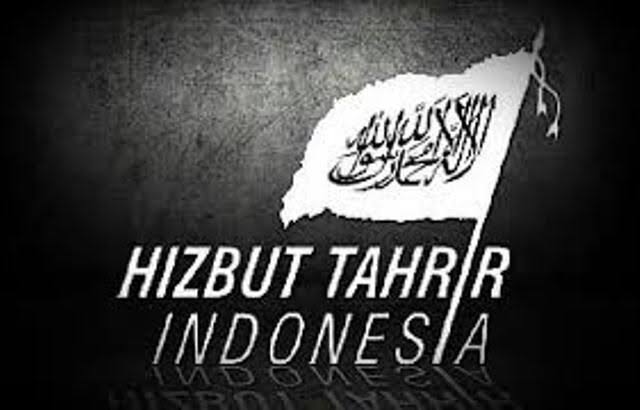 The abolition of HTI and FPI suffrage according to the Constitution

By: Muhammad Yasin) *
Currently, the DPR will discuss the draft Election Law, one of which removes electoral rights for former members of Hizbut Tahrir Indonesia (HTI) and the Islamic Defenders Front (FPI). The community also supports the plan because it is in accordance with the constitution.
The Draft Law on amendments to law number 7/2017 on elections and law number 10/2016 on Pilkada (RUU Pemilu) removes the electoral right to elect or be elected for former members of Hizbut Tahrir Indonesia (HTI) and the Defenders Front Islam (FPI). This issue is also being debated by the public.
In this regard, Deputy Chairman of Commission II of the DPR RI Saan Mustopa emphasized that what is stipulated in the draft Election Bill is in accordance with the constitution and is normative in nature. Anyone who does not recognize Pancasila as the basic ideology of the state has no right to be elected as a legislative or executive representative.
Saan said that he considered that normatively, all Indonesian citizens must obey the constitution. So that he must recognize the so-called basic state ideology, namely Pancasila, but for those who do not want to recognize Pancasila and even want to change it, of course this cannot be given the opportunity to run for both the executive and legislative branches.
Saan also emphasized that this provision also applies to former HTI members and also FPI. However, this also depends on the derivative regulations, namely the general election commission (PKPU) regulations. For example, PKPU, which regulates former convicts in corruption cases, may not nominate in the legislature even though the law does not regulate.
Meanwhile, the draft Election Bill as of November 26, 2020, only regulates the prohibition of former HTI members as candidates for legislative members, candidates for regional heads and also candidates for president and vice president. This is evidenced by the police’s statement of not being involved in the illegal HTI organization.
The elimination of the right to be elected for former FPI and HTI members is a form of state assertiveness to protect the country from the threat of transnational ideologies and extremism that contradicts Pancasila and the values ​​that are the principles of national life.
Karyono Wibowo, Director of the Indonesia Public Institute (IPI), assessed that the elimination of electoral rights against former HTI and FPI in the Election Bill was based on a legal decision. The two social organizations were declared contrary to the law. HTI mass organizations were legally dissolved by the state based on an accepted court decision.
Meanwhile, the prohibition on the use of FPI symbols and attributes is stated in a Joint Decree (SKB) 6 State institutions.
Karyono was of the opinion that HTI organizations were dissolved by the court because they were deemed not to carry out the principles, characteristics and characteristics of the mass organizations contained in the normality law, namely that they did not contradict Pancasila and the 1945 Constitution.
HTI is considered proven to be preaching the state doctrine based on the caliphate to its followers. Meanwhile, FPI’s AD / ART also does not include Pancasila as an organizational principle. Even though FPI always claims to be a Pancasila mass organization.
However, their actions and deeds are considered not to reflect the values ​​of Pancasila as the nature of the mass organizations regulated in Law 16 of 2017 concerning Stipulation of Perppu 2 of 2017 concerning amendments to Law 17 of 2013 concerning social organizations into laws. Not to mention the alleged involvement of a number of FPI members who support terrorism.
Thus, the bill on amendments to Law Number 7/2017 concerning Elections and Law Number 10/2016 on Pilkada (RUU Pemilu) which removes the right to be elected for HTI and FPI members does not mean discrimination, but instead shows the consistency of the state in implementing constitutional order.
If a banned party like the PKI and its entire underbow is declared a banned organization and loses its political right to be elected, the state must also act fairly.
FPI’s track record is still hard to forget. Many people already know that FPI Ormas have clearly disturbed the community, countless evidence of FPI’s intolerant actions.
FPI has made history as a mass organization that often riots. As in the peaceful demonstration organized by the National Alliance for Freedom of Religion and Belief (AKKBB), FPI launched its action by hitting the protesters with bamboo, not a few participants in the action were bleeding, even not only men who were victims, mothers who even bringing their children was not spared from being beaten.
Revocation of electoral rights for groups that reject Pancasila, of course, is not an exaggeration, because concretely someone who does not cling to Pancasila is someone who does not like the existence of democracy.

) * The author is a resident citizen