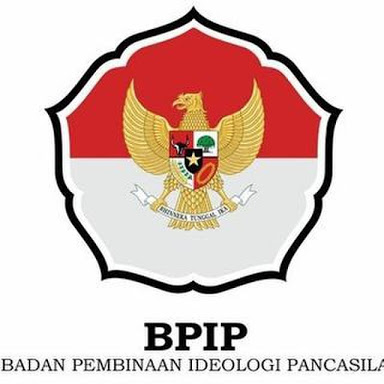 Pancasila is the single state ideology. Thus, a law is needed to ground Pancasila.

We should no longer be polemic about Pancasila, because this ideology is final. However, Pancasila certainly needs a strong and responsible institution to ground its values.

Therefore, a law (UU) is needed that can strengthen the Pancasila Ideology Development Agency (BPIP), which currently BPIP is still regulated in Presidential Regulation (Perpres) Number 7 of 2018.

We need to know that Pancasila is a meeting point for the interests of all the people which the state must ensure its fulfillment. Therefore, it is only necessary to strengthen its implementation and no longer be tampered with.

Arteria Dahlan as a politician from PDI-P said, the function of the Pancasila Ideology Development Agency (BPIP) is not only to ground Pancasila, but more than that, its presence also aims to strengthen the country’s institutional system.

Even though BPIP has a fundamental task, he emphasized that activities in raising the values ​​of Pancasila, which have been hidden so far, require serious support from all elements of the nation. To that end, he called on all parties to work together to spread the values ​​of Pancasila so that the implementation of its teachings can truly be realized in everyday life.

BPIP has indicated that there are still state institutions that have not been maximal in implementing the values ​​of Pancasila. This is certainly a problem that should not be underestimated because in norm state institutions are the most highlighted party in carrying out the wheels of state ideology.

Deputy Chairperson of BPIP Prof. Hariyono said that all parties within state institutions must be aware that they are not just an institution that focuses on political and economic missions, but also has a social mission and a national mission that must be carried out.

Efforts to mainstream Pancasila values ​​are the responsibility of all parties, including the public and state administrators.

President Joko Widodo (Jokowi) hopes that the Pancasila Ideology Development Agency (BPIP) will be strengthened by the law, not only through a presidential regulation (Perpres). This was conveyed by the Chairman of the Indonesian People’s Consultative Assembly Bambang Soesatyo while at the Bogor Palace.

Bamsoet explained, the birth of BPIP through Presidential Decree No.7 of 2018 was inseparable from President Jokowi’s political will so that the nation’s children could implement Pancasila values.

According to him, the polemic of the Draft Law on HIP that had rolled in the middle of the community was a common thing and in fact showed their concern for Pancasila.

Most importantly, do not let this cause social division as a result of fighting against one another from a handful of parties who take advantage of this situation for temporary purposes. Of course it would be very ironic if the discussion about Pancasila actually caused the community to dissolve in social conflict.

All the pros and cons of the Pancasila course must be resolved. This is because what is needed now is the implementation of Pancasila in the legal and state systems in order to ensure that the people, nation and state run according to Pancasila.

Pancasila is not sufficient as a guide and guide. However, according to him, this must be implemented so that all systems of national and state life are in harmony with Pancasila.

Don’t let the economy of Pancasila, but always sacrifice the people’s economy. Do not let the ancestral culture of the archipelago be destroyed by foreign cultures by narrowing religion and ethnicity.

On different occasions, the Regional Executive Board (PD) XIII of the Young Generation of the Communication Forum for Putra Putri Purnawirawan and Putra Putri TNI-Polri (GM FKPPI) East Java stated that they are ready to oversee the discussion of the Pancasila Ideology Development Agency Bill (RUU BPIP). President Joko Widodo’s letter regarding the BPIP Bill has been submitted to the Indonesian Parliament, which indicates that it will continue to be discussed.

R. Agoes Soerjanto as Chairman of PD XIII GM FKPPI East Java hopes that the BPIP Bill, which has now been officially discussed in the DPR RI, is no longer a problem with certain parties.

Agoes believes, if the BPIP Bill is passed, there will be a firm legal reference or legality of BPIP. Where at this time Indonesia already has a BPIP which was formed based on Presidential Decree No.7 of 2018 by President Joko Widodo.

The existence of BPIP which is strengthened by law will certainly further strengthen / strengthen Pancasila as the state ideology .

) * The author is a student of Pakuan University, Bogor