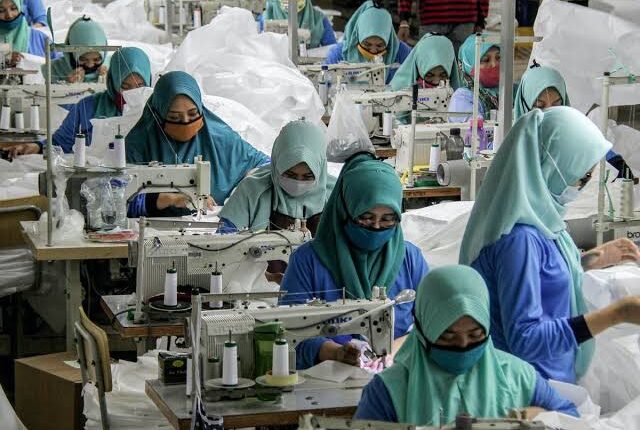 The Ciptaker Bill Regulates the UMP for Workers’ Benefits

The change in the standard salary from the city minimum wage to the provincial minimum wage in the draft Omnibus Law upset many workers. Of course they are afraid the nominal will decrease. But workers shouldn’t have to worry. Because the salary is guaranteed not to be reduced. In fact, workers with a work period of more than a year are required to be paid above the UMP.

The issue of salary has always been the topic of discussion for many people, because money is the driving force of the kitchen to keep it steaming. To standardize employee salaries, the government made the Omnibus Law on the Job Creation Bill which regulates worker pay, at least UMP. The provincial minimum wage is determined by the Governor.

Changing the name of UMK to UMP is not bad news, but it is good news. The UMP makes the calculations not confusing, because the nominal is the same in 1 province. So when you want to increase the UMP, it can be faster because the numbers are the same. Workers in neighboring cities, such as Malang and Blitar, will not be jealous because their wages are different.

But unfortunately there is something wrong with this change. KSPI opposes the change of UMK to UMP, and has a bad suspicion that the nominal value will decrease. It could even be only half of the previous salary. Even though the determination of the UMP is certainly made with many considerations, such as the price of basic food in the province. So it is impossible for the number to decrease.

UMP arrangements in the draft Work Creation Bill are contained in article 88C. In paragraph 2, it is stated that the Governor sets the minimum wage as a safety net. According to the Head of the West Java Manpower and Transmigration Office, Ferry Sofwan Arif, a safety net means preventing workers who are not paid in accordance with the UMP. Because in fact there are many small workers whose salaries are also low.

We must welcome the omnibus law on the Job Creation Bill because it avoids such oppression. An employee may not work more than 8 hours, except for overtime. He is also given a decent salary of at least UMP. When the omnibus law of the Work Creation Bill is formalized, fraud will be investigated and removed completely.

The safety net also means that the UMP is the minimum salary. So it is natural that there are employees whose nominal salaries are above the UMP, because the working period is much longer with new employees. Because in accordance with the Manpower Act, only employees who have only worked for 1-11 months are paid according to the UMP.

The longtime employee is respected with a salary above the UMP because in addition to being loyal to the company for years, he has more experience. The workload is also heavier than that of new employees. So it is natural that the salary received is above the provincial minimum wage.

So, employees and labor unions don’t have to worry about changing the UMK to UMP. Because it actually benefits them with a higher nominal salary. They don’t have to go on strike because they lose themselves. Likewise with demonstrations, there is no need to do it again. Because it is even feared that it will form a new corona cluster.

The government is trying to be fair by making an omnibus law consisting of 11 parts, which benefit all parties. Starting from employers to workers who benefit from this bill. Employees receive a minimum salary of the UMP, and there is an annual bonus from the company. In this pandemic, holding a salary plus bonus is certainly a thanksgiving.

The Omnibus Law The Job Creation Bill is not a law that exploits workers. Because in fact they are paid a nominal amount above the provincial minimum wage. With salaries that are above standard, it is hoped that the lives of employees will be much better. let’s support the omnibus law of the Job Creation Bill because the workers benefit.