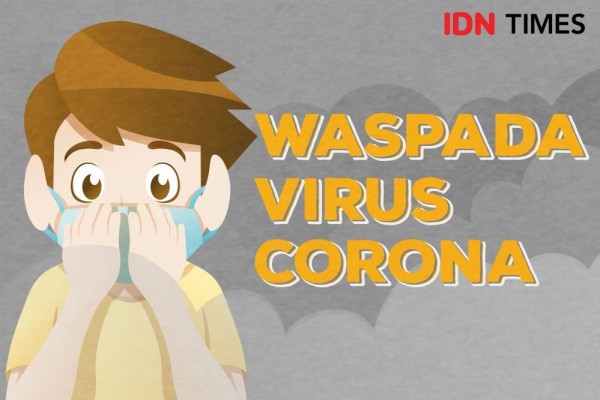 The new normal phase is misinterpreted by many people as back to normal . People flocked to return to the streets, celebrating freedom after only a few months of staying at home. Unfortunately they also ignored health protocols and were lazy to wear masks. They forget that the covid-19 virus still exists and is even more virulent.

The nature of people who are too ignorant sometimes makes others sad. They considered everything to be fine in the new normal era and took off the mask because of the heat. Though covid-19 virus is still threatening and the number of patients is always increasing, even once reaching 1,000 people per day. In fact, there are those who do not believe in the ferocity of corona and consider it a common cold.

Some people have also ignored the rules of physical distancing . In the Gianyar area, Bali, a foreign national held a yoga exercise together and was attended by dozens of people. In that program they naturally stretched out on the close-up yoga mat. Maybe the organizers think that this activity aims to make the body healthy. But at the same time dangerous because it could be a means of transmission of the covid-19 virus. As a result the initiator, Barekeh Wissam, who came from Syria, was immediately deported to his home country.

In the Semarang area, there is also a wedding that ends in disaster. After organizing the consent granted and eating, 2 days later the bride’s sister was treated at the hospital because of fatigue . Then his body condition declined and eventually died of corona.

Shortly afterwards followed the mother of the bride who also died, while the father was treated in the isolation room in the hospital. All victims of the covid-19 virus. Even though the family party admitted that the event was only attended by 20 people, it could be that they forgot about the rules of maintaining distance, thus transmitting corona to each other.

If it’s like this, who is to blame? Getting married is good, but the program must be correct according to the health protocol. Mass gatherings such as yoga together should also be postponed, until it is completely safe. Why are they impatient and ignorant of health protocols? Yet regulations like wearing masks and distance guard were created for our own safety.

Do not let the new normal era be used as an excuse to gather again in coffee shops until midnight or hold reunions while hanging out in restaurants. When in the crowd, the mask is removed so that they can eat together, then the rules of keeping distance are also violated.

Indeed our minds are bored after months of being at home alone. But it is more important to maintain health and personal safety, rather than just a reunion. Moreover, the event can also be done online . so no need to force yourself.

Respect the efforts of health workers who are at the cutting edge of fighting corona. They are willing to work for up to a dozen hours and wear masks and stuffy clothes hazmat, for the healing of patients. If many people are ignorant and do not meet health protocols, then corona, it will be treated in the hospital.

It is medical staff who suffer from the risk of contracting the covid-19 virus. Evidently, at the end of June there was news that 50 te of medical dragons in Jepara had corona. So that the biggest hospital in the city reduces health services. If it’s like this, then other patients will suffer losses because they cannot be treated there, even though the disease could be already severe.

Keep abiding by health protocols such as maintaining immunity and endurance, wearing a mask, and keeping a distance. Be patient and do not attend the gathering beforehand, because the shadow of the corona still threatens outside the home. Do not leave the dwelling unless you are going to work or in an urgent situation.