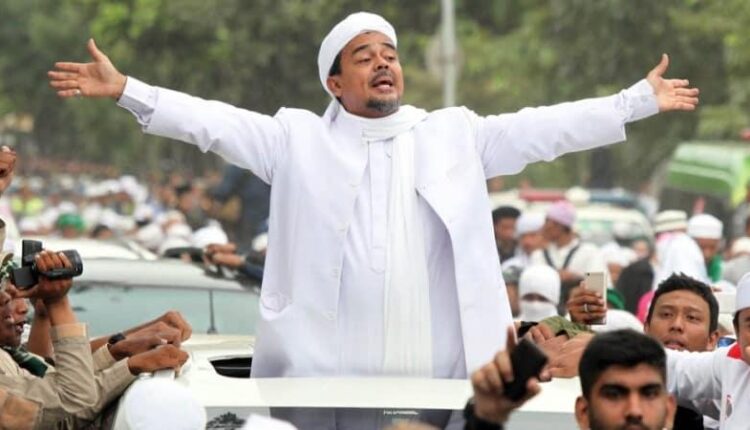 Rizieq Shihab was criticized for being determined to hold his daughter’s wedding party and invite 10,000 people. In addition, without feeling guilty, he immediately became enthusiastic about lecturing, and ignored health protocols. For his mistakes, he was threatened with progressive fines and other sanctions for being naughty, not wanting to be isolated independently.

The news about Rizieq Shihab has always been appalling. Before leaving for Arabia, he was caught in several cases. After returning from there, he did not repent, instead he caused problems again by violating physical distancing. Why do you always seem to be looking for trouble and finally being summoned by the police?

But unfortunately Habib Rizieq refused the police call on the grounds that he was not feeling well. Indeed, for several days he was treated at a private hospital in Bogor, due to a general check-up as well as a break due to fatigue. However, he did not want to be visited except by his own family.

Unfortunately, Rizieq’s news ended badly, because he actually escaped through the back door of the hospital. He also covered the results of his swab test and was suspected of being corona positive. Rizieq’s escape has made the public wonder, why is it seemingly protected by the hospital? Even the mayor of Bogor, Bima Arya, was angry and threatened their management for covering up the process and results of the swab.

How sick is Rizieq’s condition, he still has to be willing to come when he is summoned by the police. Because he repeatedly violated health protocols, by failing to disperse the crowd that had picked him up at the airport when he had just landed from Arabia. He also threw large parties and attended lectures which were filled with thousands of people.

Rizieq’s children were also summoned to the police regarding the party that violated health protocols, but they refused on the grounds that they had other needs. Meanwhile, Rizieq himself had not yet arrived when he was summoned by the authorities after returning from the hospital. Even though currently he is only a witness, so there is no need to be afraid of being arrested. They argued that they had already paid a fine.

Fines for violating this physical distancing protocol are up to 50 million rupiahs, and apply progressively. This means that after paying and making another mistake, the maximum fine is 100 million rupiah, aka 2 times the amount. Although Habib Rizieq’s son admitted to having paid the fine, his family was still entangled in other problems.

Rizieq violated Article 216 of the Criminal Code concerning quarantine. He was very stubborn because he refused to self-isolate for 14 days after returning from Arabia. Also refused to be tested for swab because they said they had done it in a desert country. Even though it could be contracted on the way. If the court finds him guilty, he will face a year in prison.

Don’t play the victim and feel persecuted, because self-quarantine is a mandatory procedure for anyone who has traveled abroad. Because currently anyone can have ODP status, even OTG. Because the signs of having a corona are not clearly visible when the virus has not incubated in the body.

The punishment awaiting Rizieq made him think again when he was going to mess up. Because the public is very tired of his behavior that always breaks the rules and underestimates health protocols. Don’t be proud of having a lot of supporters, because if he really does get corona, the safety of his life is seriously threatened.

The public is waiting for Habib Rizieq’s courage to come to the police when there are cases of crowd investigations in several places he has visited. Don’t act cowardly and run away again and again. Because a good citizen must obey the rules. If he pleaded not guilty, of course he would not be afraid to be summoned by the police.

The Job Creation Law is the Key to National Economic Recovery