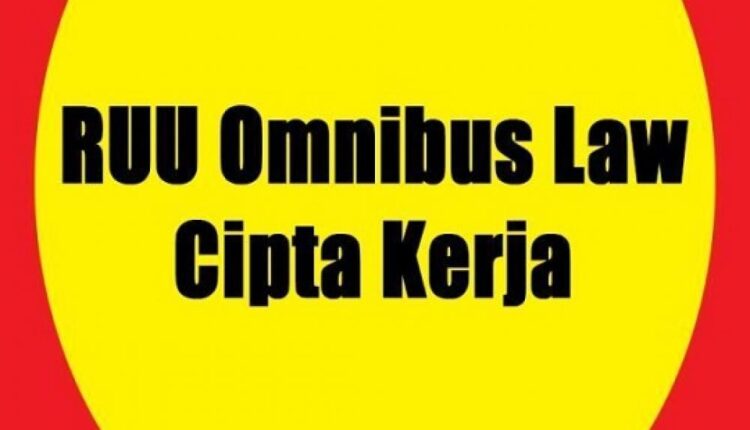 The public is waiting for the inauguration of the Job Creation Bill because it will give new hope to the labor climate in Indonesia. There will be more protection for the fate of workers and clearer salary standards. This bill, if it becomes a law, will guarantee the welfare of employees, so that Indonesia’s economic conditions will improve.

In fact, the Job Creation Bill will protect the fate of workers. As in Article 88F paragraph 1, the minimum wage only applies to workers with a tenure of less than 1 year at the company concerned. So employees who have worked for a long time are guaranteed to have a nominal salary above the provincial minimum wage. Community welfare will improve.

If the condition of the company deteriorates somewhat and is forced to lay off some of its employees, then it should not be arbitrary. Because in Article 153 of the Job Creation Bill, it is stated that employers are prohibited from laying off workers if the worker is disabled, is sick due to a work accident, or is sick due to a work relationship. So this bill is a shield for the workers.

Employee working hours were also changed in the Job Creation Bill, from 5 days to 6 working days. But that doesn’t mean it’s exploitation. Because in Article 77 paragraph 2 of the Job Creation Bill, it is stated that the maximum working time is 8 hours a day and 40 hours a week. If you exceed the working hours, there is overtime pay from the company. This is stated in article 78 paragraph 2.

The head of the Omnibus Law Task Force, Rosan P Roeslani, stated that the Job Creation Bill must be viewed in its entirety and must be read in full. Don’t just take it line by line and don’t separate it from the interests of employers and those of workers. Rosan’s statement is correct because many have protested the Job Creation Bill even though they have not read the entire draft.

The Job Creation Bill was made for the welfare of the community. So it not only makes workers happy, but also entrepreneurs. As in Article 104, it is stated that the central government and regional governments prioritize UMKM products or services in the procurement of government goods / services according to statutory regulations. All levels of society benefit.

The government really pays attention to MSMEs because they absorb a lot of labor. In addition, the pace of the economy is 90% run by UMKM entrepreneurs. MSME entrepreneurs also benefit from the Job Creation Bill because there is an ease in managing permits. Their business can grow and generate more profit.

In order for the business to grow, entrepreneurs need mentoring. Therefore, Article 96 of the Job Creation Bill also states that there is assistance for MSMEs in providing human resources, budget, facilities and infrastructure, by the central and regional governments. Entrepreneurs can work more efficiently because there is full support by the government, not being hindered.

Assistance from MSMEs is not only assistance worth 2.4 million provided by the government. But also marketing science, especially online marketing. There are still MSME entrepreneurs who are not internet literate and they are trained by government partner companies to master digital marketing techniques.

The community awaited the Job Creation Bill because it was profitable for both workers and employers. Workers will get a very decent wage and protection from the government from being fired carelessly. Entrepreneurs are also facilitated in licensing and receive assistance from the government.